At the “It’s Only Rock and Roll” event, Apple released iTunes 9. The new version doesn’t exactly have the Twitter and Facebook integration on the level that The Boy Genius Report rumored last month but it did gain some great new features.

For most users iTunes 9 is going to be the biggest announcement from this event. I love all the new features but I have to admit that the new whitish background and the shiny window chrome doesn’t sit well with me. 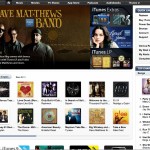 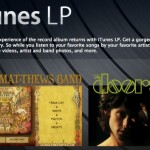 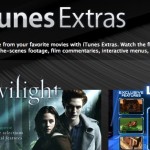 Apple – Download music and more with iTunes. Play it all on iPod..

Update 9/10/09: Adam Pash of Lifehacker reports that Apple has added an “Automatically Add to iTunes” folder. Whenever an iTunes compatible media file is place in the folder, iTunes automatically adds it to your library

Meanwhile, Zach Holman has found that iTunes has a new media organization feature.

Update 9/12/09: Apple TV Junkie points out that the Apple TV does not support Apple’s newly announced iTunes Extras. It seems that the folks at Apple have been spending less and less time with their hobby.

Update 9/15/09: iTunes LP and Extras Destined for the Apple TV

Update 9/17/09: Damien Erambert has written an iTunes 9 mod to bring back the iTunes-8-like black background.

Update 10/8/09: Gizmodo is reporting that Apple is keeping iTunes LPs out of reach from indie labels. Not only are iTunes LPs not being offered to indie labels but Apple charges a $10,000 production fee for them.