At yesterday’s “It’s Only Rock and Roll” event Apple announced a completely refreshed lineup of iPods. The form factor of the iPod shuffle has remained unchanged but it now comes in 2GB and 4GB varieties and is priced at $59 for the low end model. Apple is also offering the iPod shuffle in colors, alongside the standard silver and black there is pink, green, and blue.

A “special edition” iPod shuffle that is made out of polished stainless steel and comes with 4GB of storage is available for $99 exclusively from Apple.

Same form factor as before, but now with 160GB of storage for $249. Although there were rumors that the iPod classic would be discontinued I have a feeling that Apple will keep it around for at least one more hardware refresh (as long as the price of flash memory doesn’t plummet).

Apple is now positioning the iPod touch as a competitor to the Nintendo DS and the PSP. They started marketing it as such last year but Apple has started really kicking it into high gear. Except for the low end 8GB model the iPod touch is gaining OpenGL ES 2.0 support and the faster processor that the iPhone 3GS has.

A camera is surprisingly missing from the iPod touch. It seems that HardMac‘s technical difficulties rumor may be true, especially since both iPodNN and AppleInsider claim that a camera is still coming to the iPod touch. Unless you need an iPod touch right now, I’d suggest waiting a little while.

The iPod nano was the biggest hardware announcement of the event. Apple managed to pack a video camera (no still images)  into the iPod nano while maintaining its previous generation’s form factor, but now it is made out of polished anodized aluminum. To complement the video camera the iPod nano has an integrated microphone, a speaker, and  a larger 2.2-inch display.

For the first time ever the iPod nano has a built in FM tuner. The radio has a TiVo-like live pause function that saves up to 15 minutes of music. Song names are displayed on the screen (as long as your radio station broadcasts that data) and you can tag songs you hear for identification purposes in iTunes when you’re back at your computer. 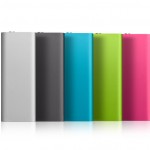 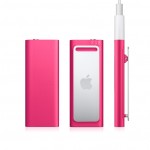 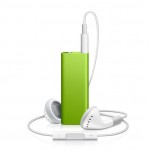 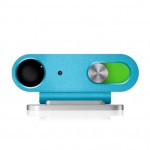 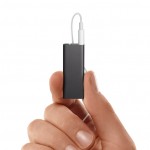 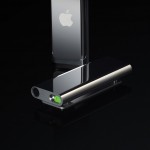 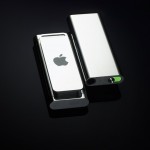 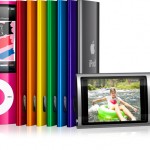 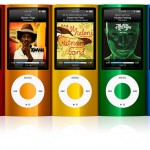 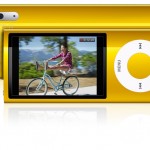 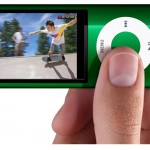 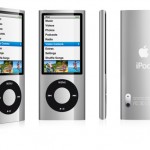 Apple – iPod – Compare iPod models and find the right one for you..

Update 9/13/09: Chris Albrecht of NewTeeVee put the new iPod nano through its paces against a Flip Ultra SD. The Flip took better video but does that really matter? Who would buy a Flip camera instead of an iPod nano? Although the Flip takes slightly better video, the extra features you get with the iPod nano is well worth the lower video quality.