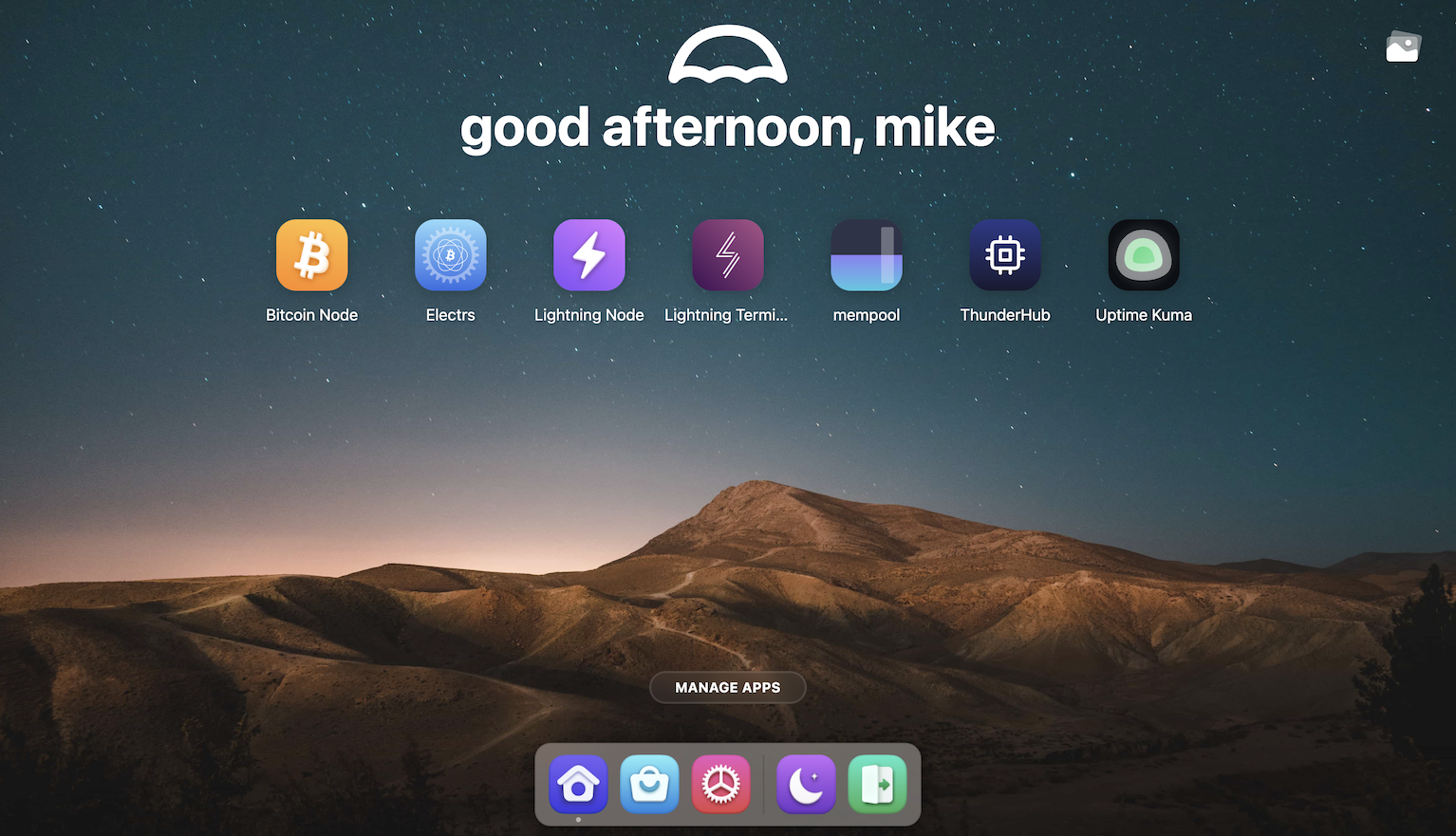 One of the gifts I received this year was a 2012 Mac Mini with 16GB of memory and a quad-core processor. It’s not too useful as a Mac at this point, Catalina is the latest version of macOS that it can be officially installed, but Apple is no longer supporting Catalina as of December 2022.

Instead of using it with macOS, I’ve installed Ubuntu and am running it as an Umbrel node. Umbrel, I believe, started its life as self-hosted server software that allowed you to run a full Bitcoin node. It’s advanced quite a bit since then — most notably introducing an app store with more general purpose software like Plex, NextCloud, and Syncthing.

I may explore some of those apps down the line, but my goal was to use Umbrel for the cryptocurrency features. And although I’m still fumbling my way through everything, here’s what I currently have installed on my Umbrel:

Bitcoin Node — This is a full Bitcoin node, which means I have a copy of the entire blockchain — it’s 507GB at the moment. I can connect my wallets directly to my own node and contribute to Bitcoin’s decentralized nature.

Electrs — This is an Electrum server, which is basically an API layer between the Bitcoin node and some wallet apps. I’m using this to connect BlueWallet at the moment.

mempool — a self-hosted version of mempool.space, which let’s you track and visualize transactions on the blockchain. This app is still a bit of a mystery to me, but so far I’ve used it to track a few transaction in real-time.

ThunderHub — An app for managing my Lightning Node. It offers a number of reports and charts that I don’t quite understand yet. But as I get more usage out of the node, I expect I’ll start connecting some dots.

Uptime Kuma — The only app that isn’t cryptocurrency-related. It’s an uptime tracker that I’ve configured to periodically ping all of the other apps, sites, and services that I maintain. I’m not sure if I’ll really find it useful long-term. I’m already using Jetpack for this on all of my WordPress sites, so maybe I’ll just use it for tracking uptime of my Mastodon and Pixelfed instances.

I still feel like I’m at that point where I don’t know enough about Bitcoin and Lightning to know what I don’t know. But I’m learning. And it’s a lot of fun.