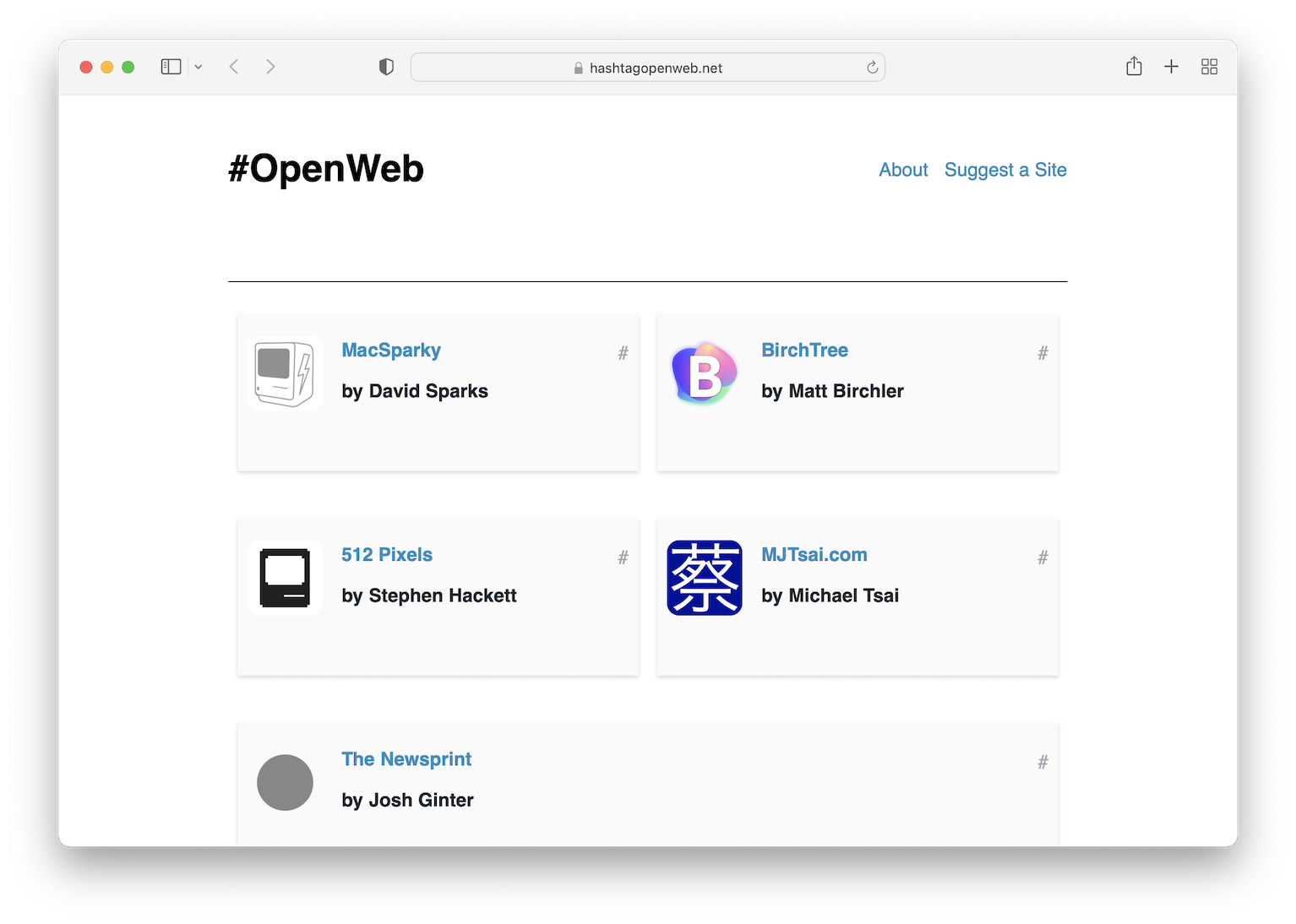 When I first launched #OpenWeb a few years ago, it was a bit of an experiment. The idea was to aggregate headlines from independent publishers within the Apple enthusiast community. The method I used for publishing the headlines was pretty fragile, though, and eventually it just became too difficult to maintain.

It’s been in the back of my mind to refactor the project into something that was easier to manage and might be a bit more useful to, not just the Apple enthusiast community, but the open web in general. A couple of weeks ago, I started laying the groundwork and today I’m ready to share it.

Rather than aggregating headlines, #OpenWeb will simply showcase independent publishers within the more general tech and web enthusiast space. It’ll probably have still have a bend toward publishers that write about Apple products, but that will likely change as time goes on.

With the shift to being more of a showcase for writers, syndication might be a bit more useful, too. Instead of the RSS feed including headlines from all of the sites, it will only be updated when sites are added. My plan is to add one new source each weekday, but I imagine the pace will slow as I run out of the backlog of sites to add.

If you’d like to follow along with the newly added sites, you can do so with the its RSS feed, on Mastodon, or on Twitter. I might add an email newsletter option at some point, but there aren’t any immediate plans to. That’s not a method that I tend to use on other sites, so it’s not something I’m super motivated to add. However, if that’s something you’d like to see, please let me know and, depending on interest, it might get a higher priority.

Also, if you publish a weblog or know of one that you’d like to recommend, you can suggest a site to be included.

Mike Rockwell Reply by Email, Mastodon  —  May 18, 2022
Follow for updates via RSS, Mastodon, or an alternative feed.