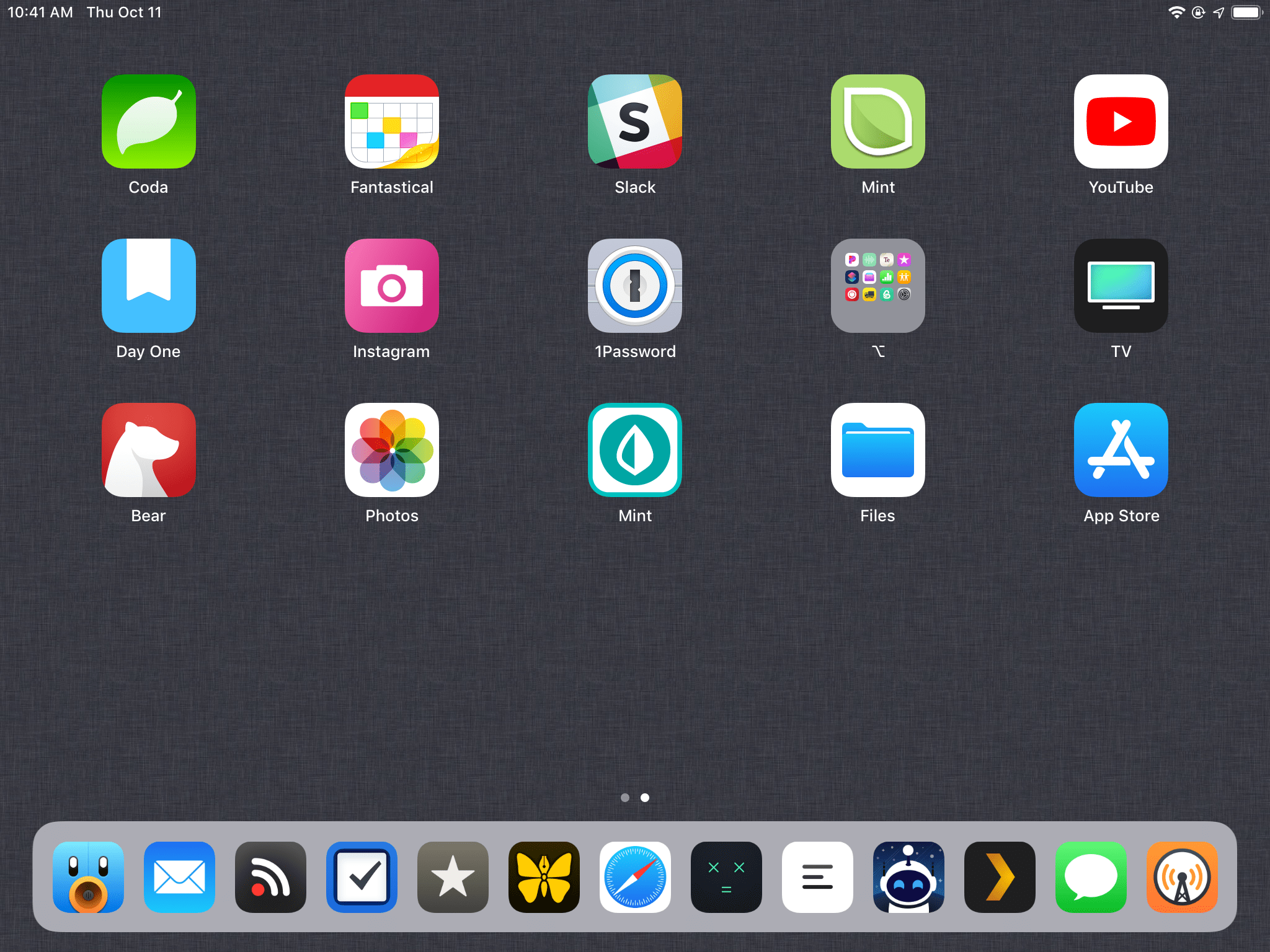 Almost nothing has changed with my iPad home Screen over the past month. I’ve spent five weeks or so using my MacBook Air as my primary machine and just haven’t had much time to make adjustments or explore new applications.

The only change that I have made is the introduction of Numbers into my ⌥ folder in place of Pixelmator. I’ve been using Numbers to generate invoices and haven’t used Pixelmator in months. The app is still installed, but it has moved deeper into the ⌥ folder. 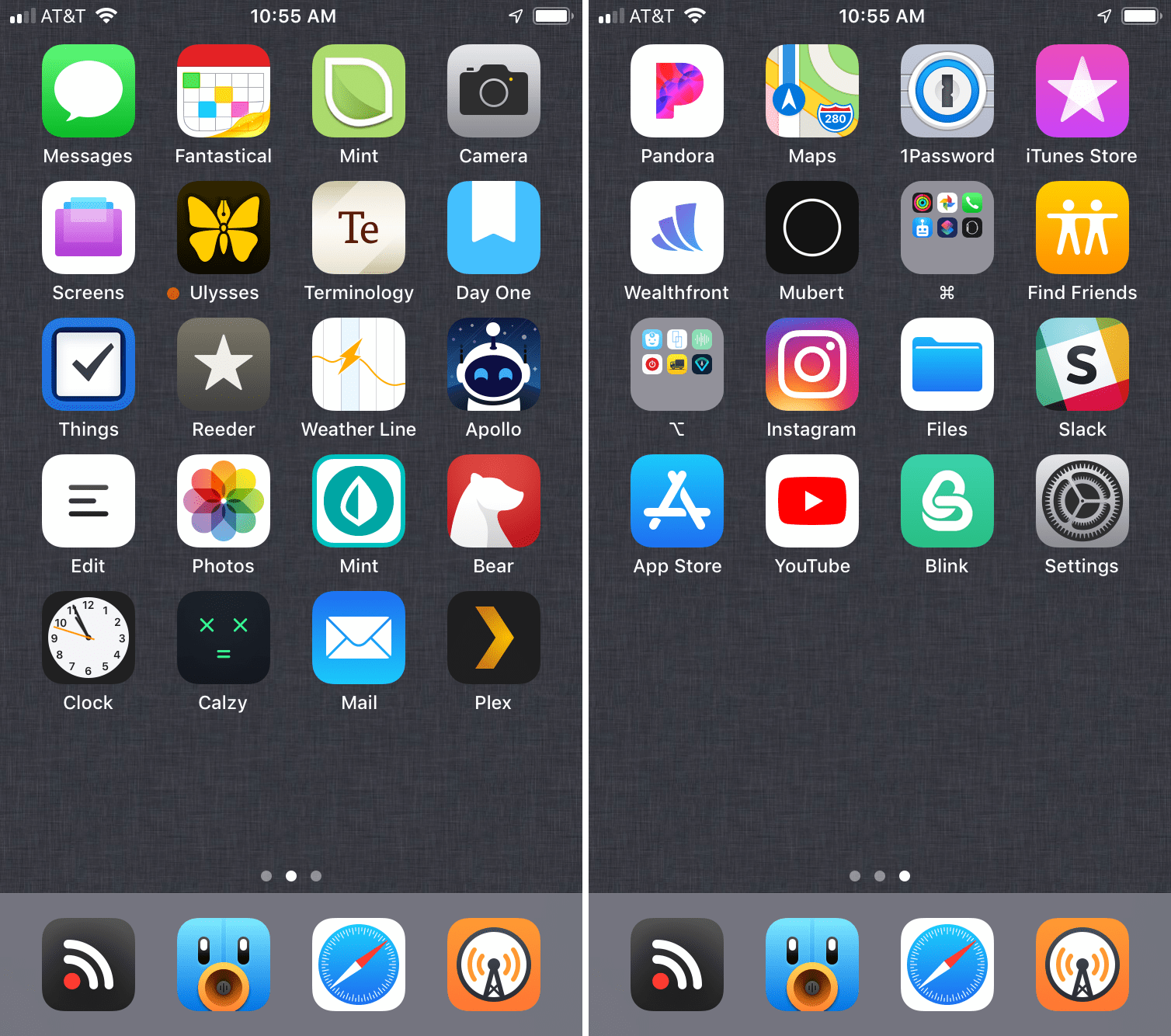 Another minor update from last month. On iPhone, I’ve deleted Amaroq and moved Find My Friends out of the ⌘ folder. Mastodon was a neat platform to experiment with and Amaroq was the best app for the job, but the service never gained enough traction for it to be a viable alternative to Twitter. Maybe I’ll revisit it someday, but for now, I don’t have a reason to keep it installed.

With summer vacation coming to an end last month, my wife is back to work teaching. It’s a little difficult to get a hold of her while she’s in the building because of its thick brick walls and rural location — the cellular signal is spotty at best. But Find My Friends is an excellent way for me to see whether or not she’s left for home yet. That way I can be ready to go when she arrives on days when we have plans. 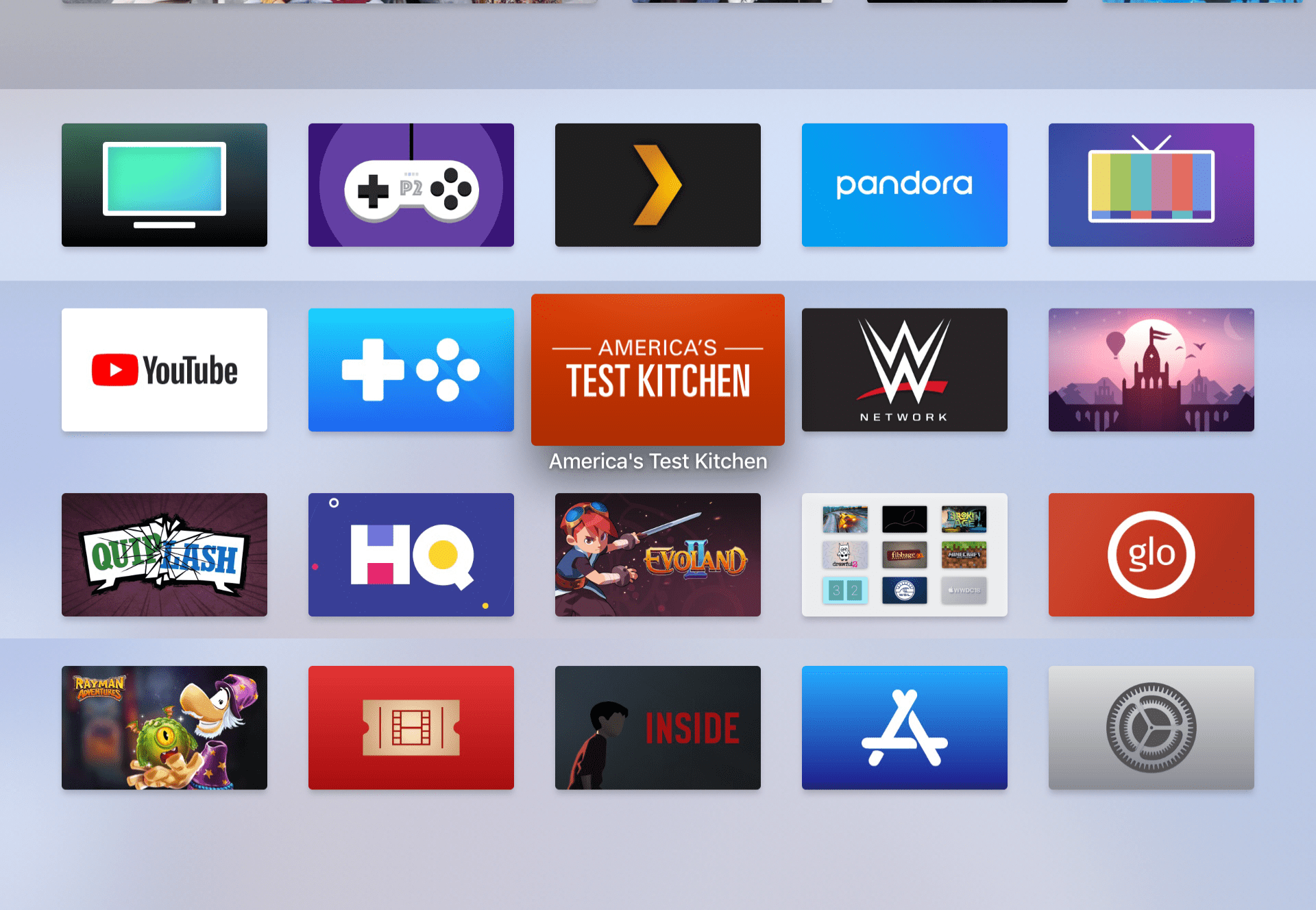 I’ve moved Fibbage and Scoreboard into my ⌥ folder to make room on my home screen for America’s Test Kitchen and Alto’s Odyssey.

Fibbage is a great game, but when we have friends over, we find ourselves playing Quiplash instead. And Scoreboard might not be the best way to keep track of board or card game scores. Perhaps if we had a large group together playing a game, it would be useful, but pen and paper is easier when it’s just my wife and I.

Alto’s Odyssey has returned because it’s one of the best tvOS games of all time. Obviously. But I’m really excited about the America’s Test Kitchen app. My wife and I fell in love with the show a few years ago when we purchased an over-the-air antenna and started watching it on PBS. It’s a great show.

The America’s Test Kitchen app gives us access to the two most recent seasons of the show and the most recent season of Cook’s Country. It’s completely free and you don’t even need a cable network login to watch. If you enjoy cooking shows, I highly recommend checking it out.

I’ve made some major changes to my Apple Watch Setup since the last update and I’m really digging it. I have three watch faces with the following complications:

This setup gives me quick access to nearly all of the apps I use on my Watch. I do find myself switching faces often to launch them, but because I only have three faces, I never get lost in the interface. The only other apps I use live in my Watch’s dock — Vekt, PCalc, and 1Password.