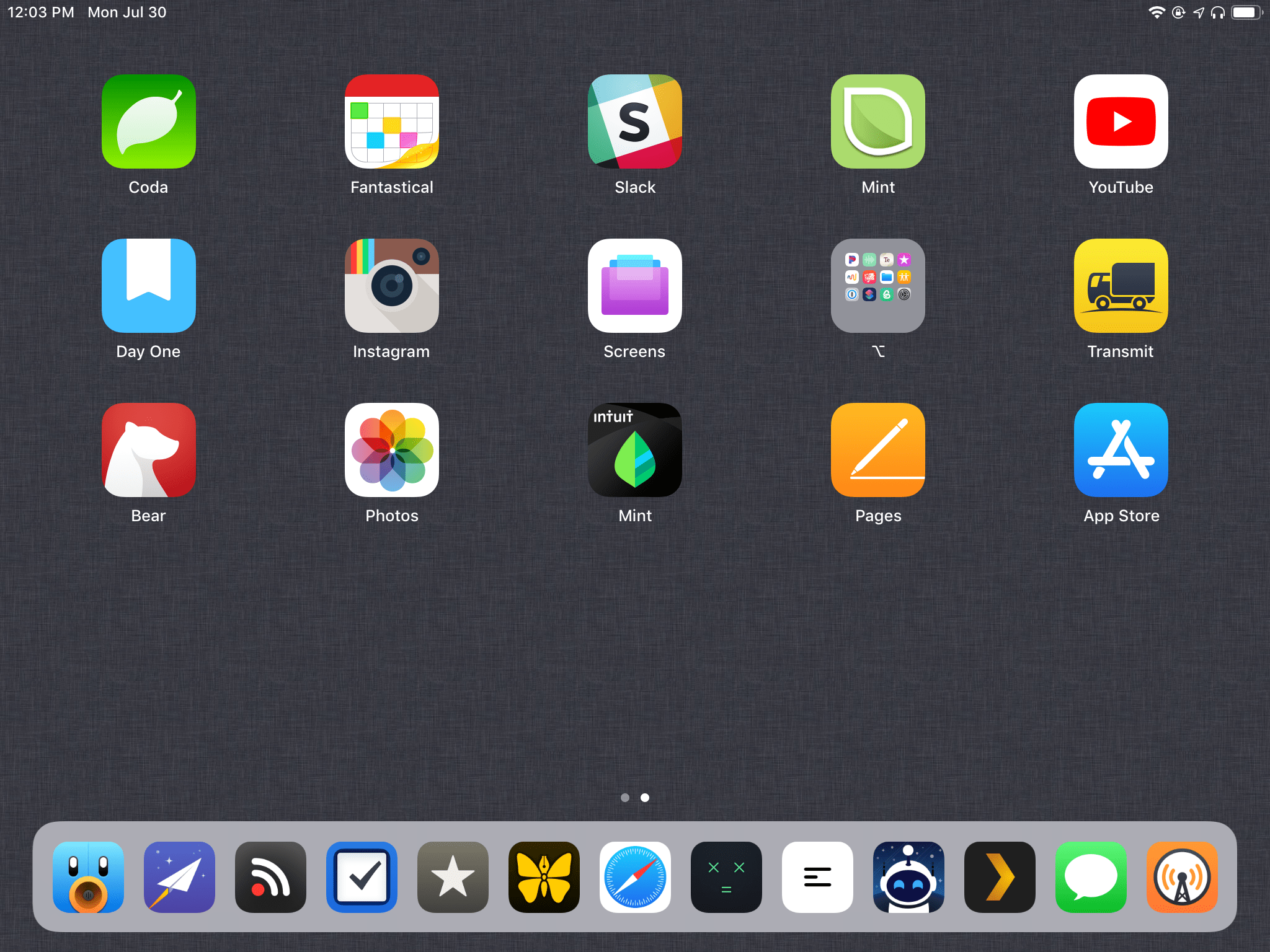 The primary focus for my home screen changes over the past month has been subtle refinements of my existing setup — small optimizations to app placement to give me easy access to the apps I use most. I actually referenced iOS 12’s Screen Time feature in the Settings app to help me determine what my most frequently used apps were and then made adjustments to my existing layout based on that information.

The results weren’t too drastic, it turns out I already had a pretty good handle on what I use my iPad for. But I demoted Terminology, 1Password, and Blink into my ⌥ folder. Those are three apps that I’m incredibly passionate about, but it turns out I don’t launch them very often. In the case of 1Password, I use it everyday, but almost exclusively through the app’s action extension.

The demotion of those three apps gave me the opportunity to surface Instagram, Screens, and Pages to the top level of my home screen. Instagram was an app that I was trying to hide from my home screen to limit my usage. But over the summer, everyone’s posting beautiful vacation photos and I’m finding myself launching the app more frequently. And I’m not sure if my time away from the app or the increased number of photos in my timeline had any influence on the service’s advertising algorithm, but I haven’t seen nearly as many annoying ads in my feed.

I also swapped the locations of Edit and Bear. I rarely make changes to my device’s dock, but I find myself tapping on Edit’s icon at times when I previously would have launched Bear. And my Screen Time statistics back that up. I’ve spent about an hour-and-a-half in Edit over the past week and less than half-an-hour in Bear. That’s a testament to Edit’s utility — despite its relatively small feature set, I still spend more time using it than the vast majority of the apps on my iPad. 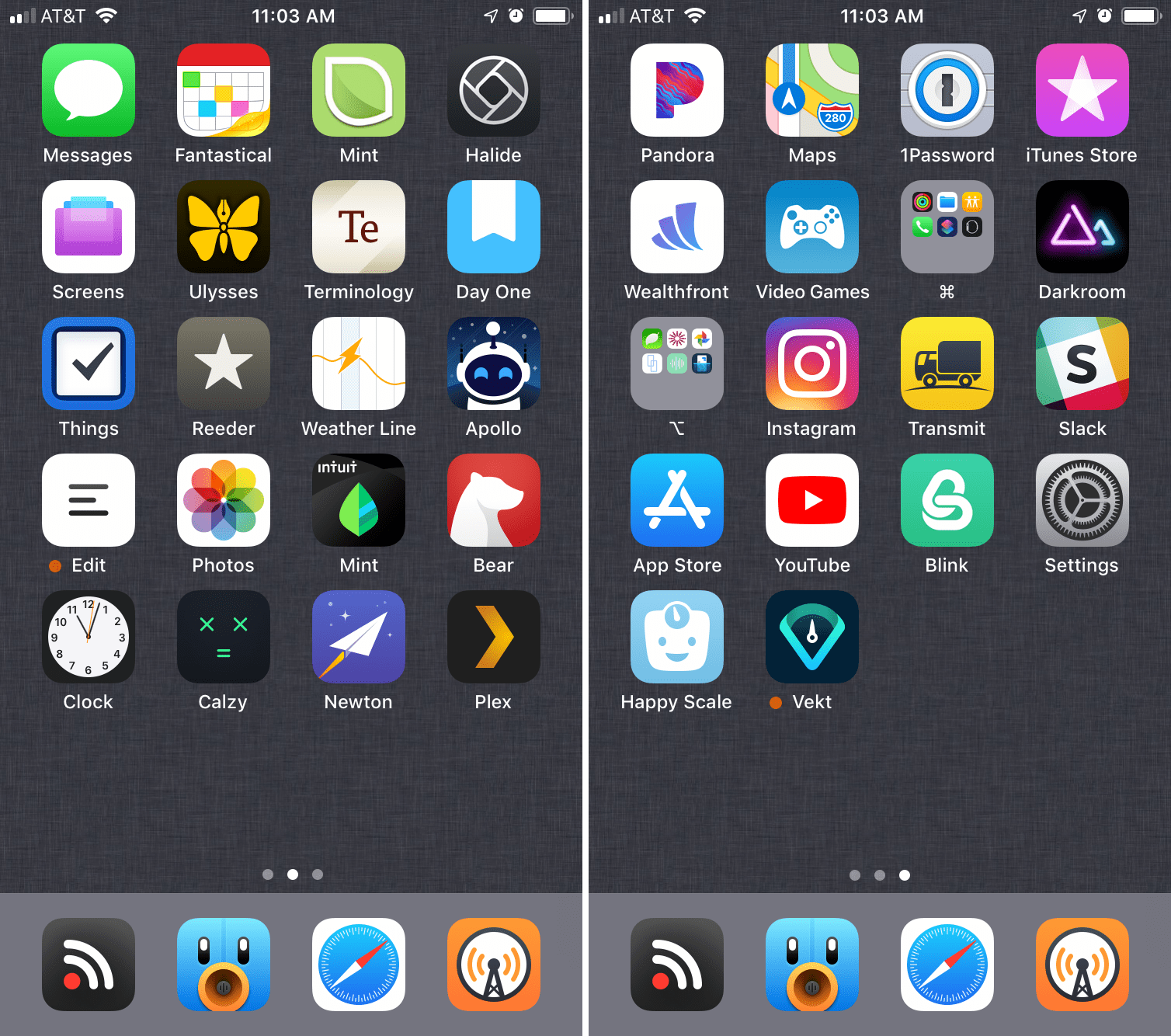 The only adjustment I’ve made to my iPhone home screen is the addition of Vekt and Happy Scale on my second screen. I should be working on a piece relating to weight tracking apps soon and these two are on my short list of apps to consider. 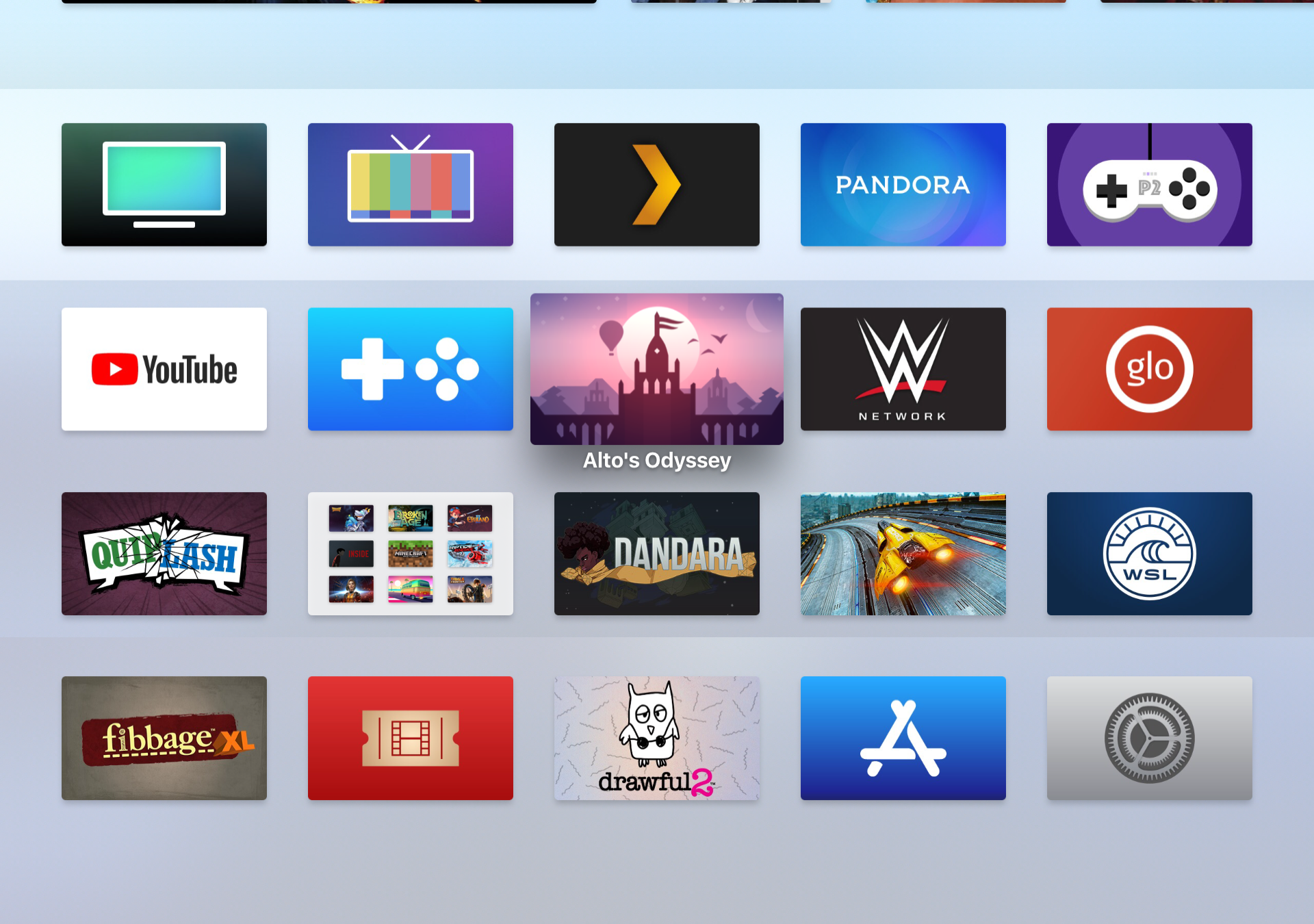 I moved some apps around based on usage, but the biggest change was deleting Infuse from our Apple TV. It’s a beautiful app with a lot of nice features, but the app didn’t do a great job of tracking our playback between devices. We’d frequently have to manually select the next episode because the app didn’t offer it to us. I also wasn’t happy with its Top Shelf extension, which put too much of a focus on recently added items instead of on shows we’ve been watching lately.

I’m not thrilled about going back to the Plex app — it’s still a bit clunky. But it’s much more reliable than the alternatives and that’s more important than aesthetics. 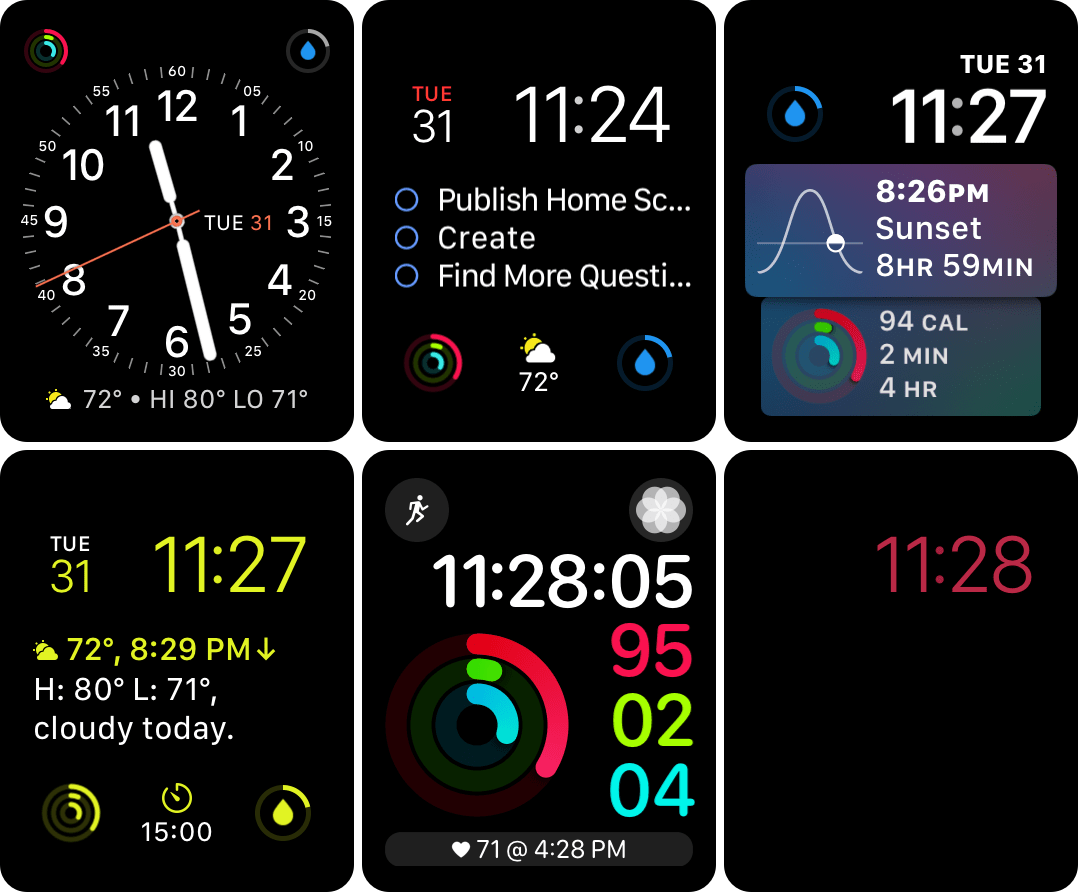 I installed the watchOS 5 beta late in the month and haven’t made any changes aside from adding the Siri watch face to test out all of its new capabilities. My initial impressions aren’t great, though. Maybe this will change when iOS 12 launches and more apps are built with the Siri face in mind, but in its current state, I haven’t found the Siri face to surface enough relevant information to supplant my other watch faces.