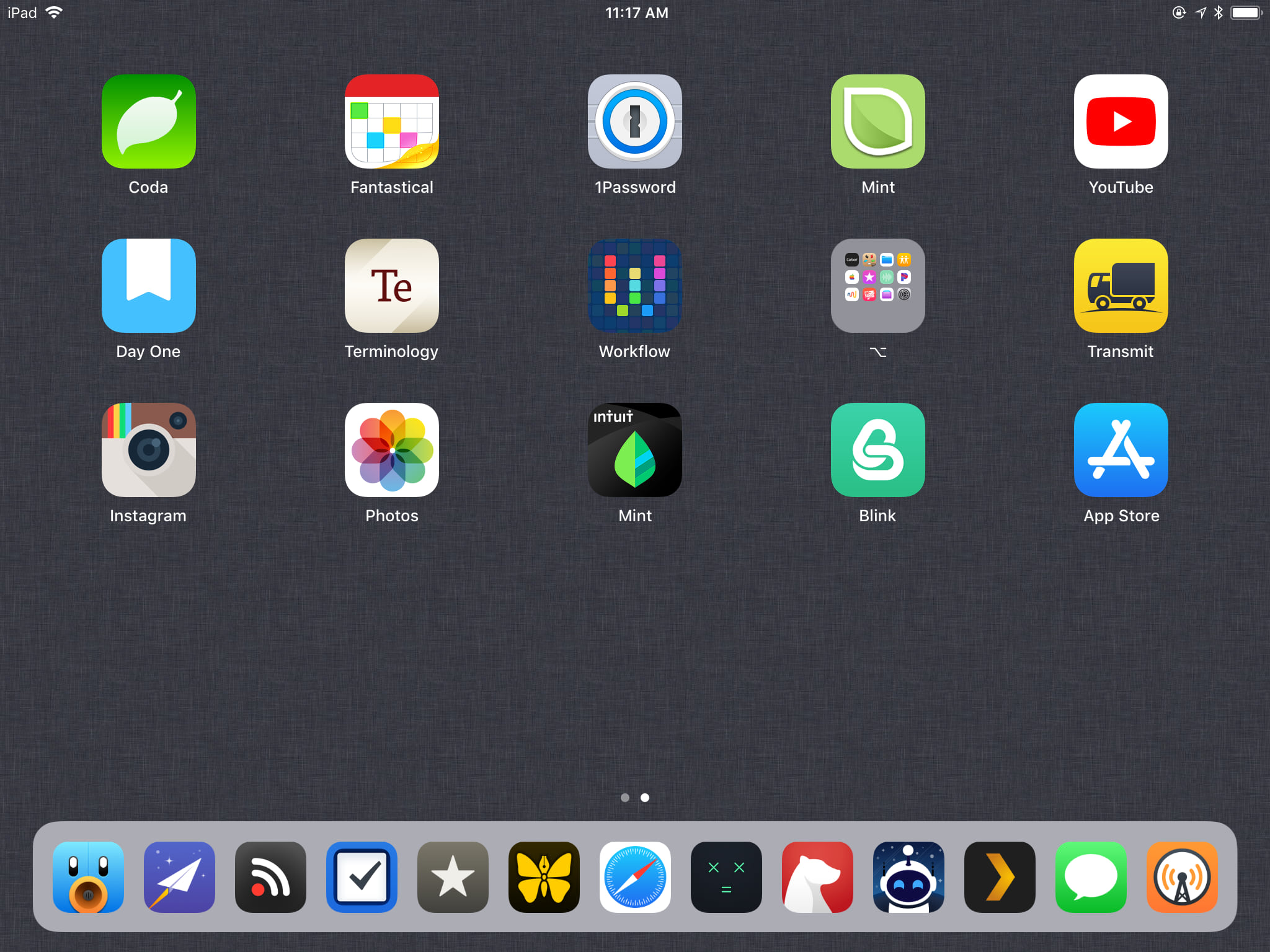 I’ve made a handful of minor changes to my iPad’s home screen over the past month — shuffling around some applications based on their frequency of use. Fantastical and 1Password have graduated to the top-level of my home screen. They’re two apps that I use often enough that having them hidden in a folder just didn’t make any sense.

I’ve also demoted Pandora, Screens, and the TV app into my ⌥ folder. Pandora is an application that is most often used when we have guests at the house. And when we have guests, my iPad usually sits out of the way on my bedside table — on the opposite side of the house from our living room and kitchen. It’s much easier to play Pandora on the Apple TV where everyone can see the album art and interact with the media playback controls. From there I can send it to our HomePod or just play the audio through our home theater speakers.

Screens doesn’t see nearly as much use as it used to. My in-laws spend most of their time on their iOS devices now, so I don’t get as many tech support calls from them as I used to. And even if I did, Screens wouldn’t be of any use to me.

As for the TV app, my wife and I use it almost every night during dinner. We sit out on our patio, eating something delicious off the grill, and watch whatever TV strikes our fancy. But I’ve started initiating playback from the TV apps Today View widget instead of launching the app directly. This frees up a bit of space on my home screen and still gives me easy access to our media. 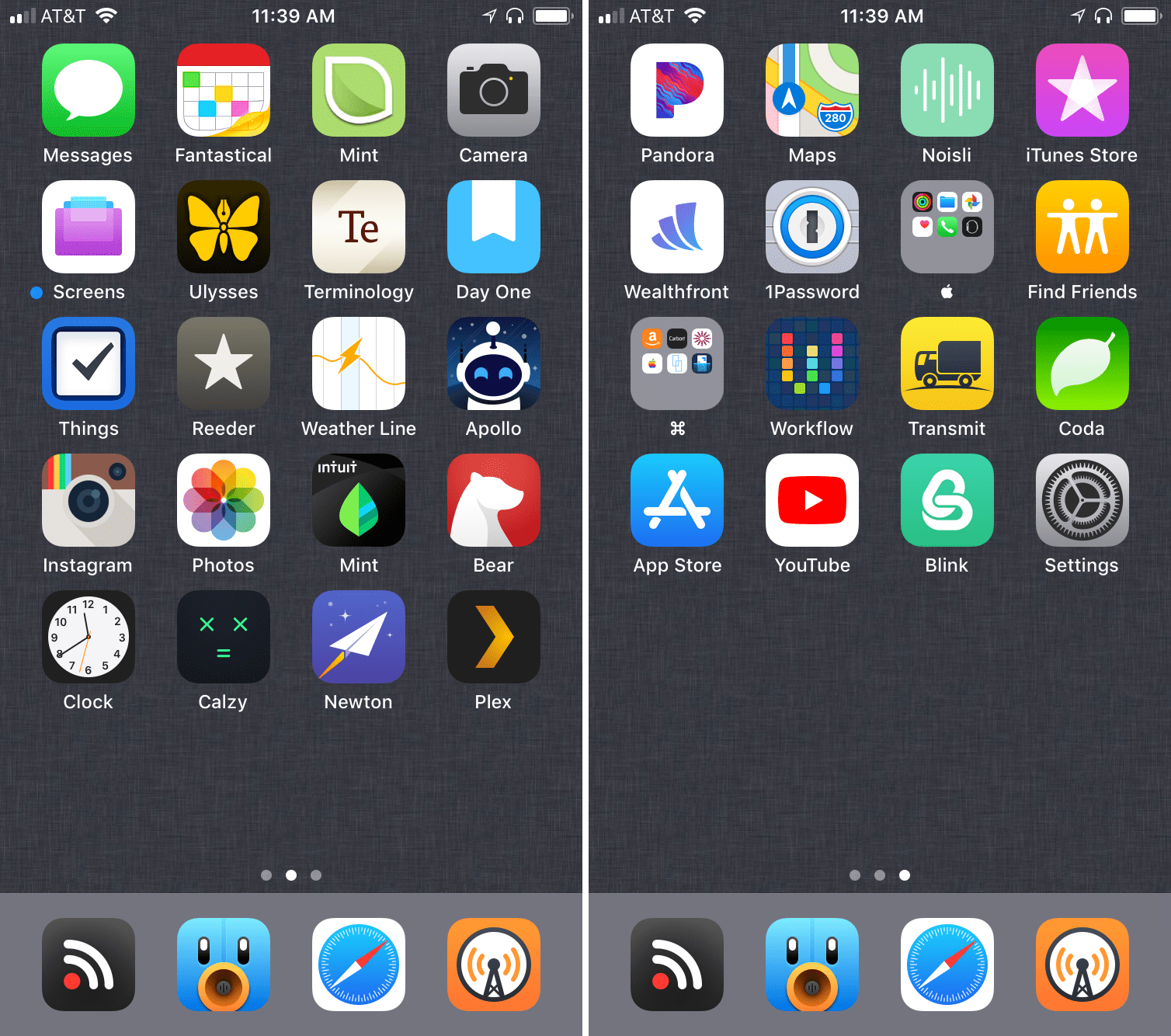 As you may have noticed on my iPad home screen — or my various references on Twitter — I’ve started using Day One. I’ve had the app in the back of my mind for years, but for whatever reason, I never took the time to just sit down and start using it. But I’m glad I finally did.

There are two key reasons I wanted to start using Day One. I wanted to take more photographs and I thought having a place to keep them alongside notes and commentary regarding the events around the photo would be a huge incentive to actually take more photos. And I wanted a way to keep track of the work I do throughout the day to help myself feel a bit more accomplished.

As of this writing, I’ve only had Day One on my devices for five days, but it has already integrated itself into my life. I’ve taken more photos in the past week than I had in the previous month and I feel great about the work that I’m doing. I don’t know if this momentum will be sustainable, but I’m hoping it is.

Day One has become the punctuation marks to my life. Whenever I finish anything of note, I reach for my iPhone to jot down my thoughts on the experience, insert a photo, type in some tags, and I’ll be able to recall that exact moment for years to come. That’s a powerful feeling.

And just like I’ve done with my iPad, I’ve shuffled around some apps on my iPhone’s home screen. I’ve deleted V for Wikipedia. I’ve had the app installed for months and I just never use it. It’s so much easier to open Safari, type in a search term alongside “!w” and let DuckDuckGo redirect me to the Wikipedia results.

I’ve also switched back to Apollo from Monochrome to maintain consistency between my devices, demoted LongScreen into my ⌘ folder, and moved Noisli onto my second home screen page to better represent their actual usage. 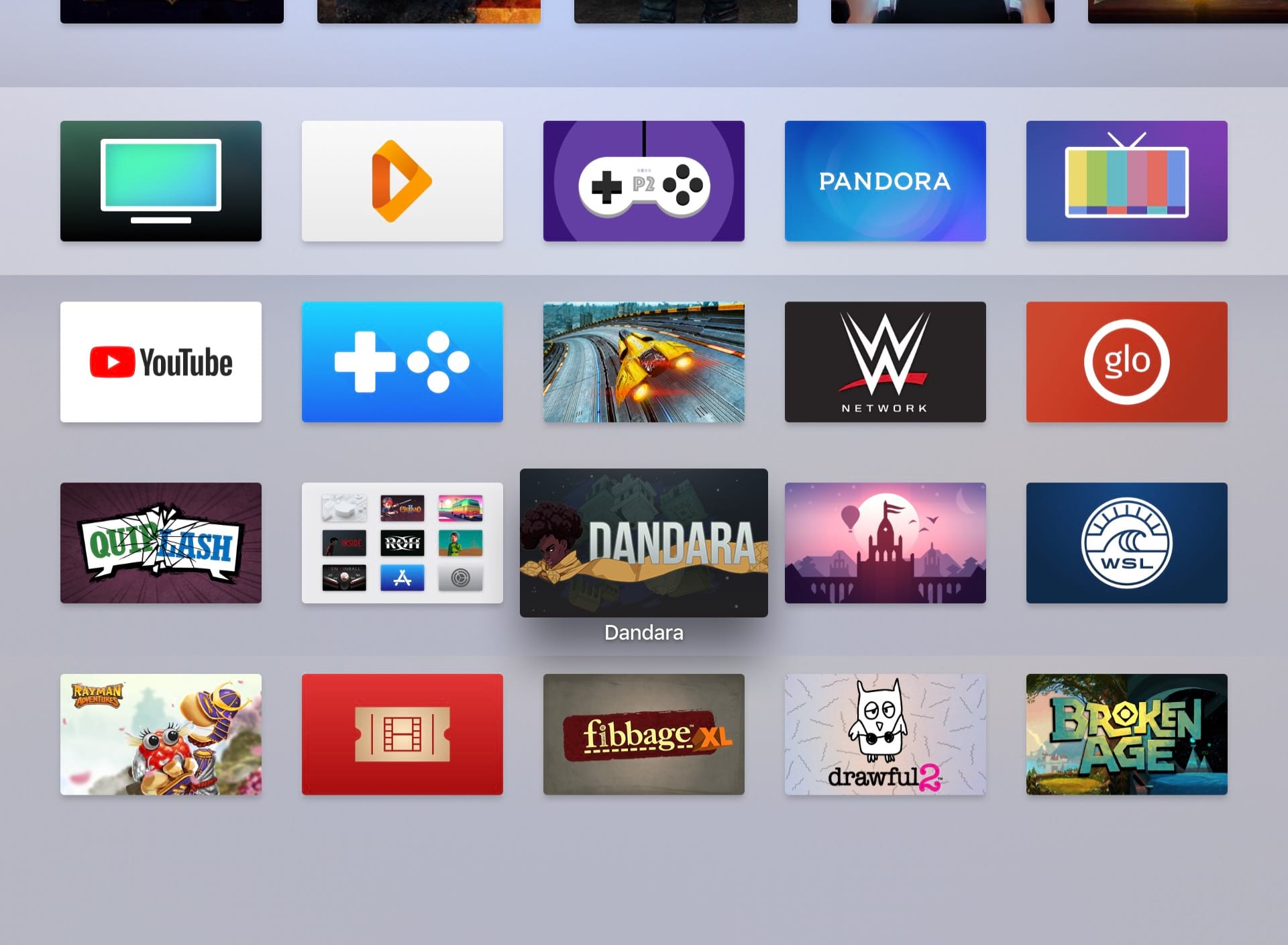 Notable Changes: I went on a bit of a shopping spree, buying a handful of games that I’ve had saved in Lookmark for months. I’ve also moved some applications around based on how frequently my wife and I actually launch them.

I’ve purchased Dandara, AG Drive, Inside, and Zen Pinball. Of the bunch, I’d recommend checking out AG Drive — it’s a fun, fast-paced racing game that’s reminiscent of F-Zero. I can’t say much about the rest, I haven’t actually spent a lot of time with them — they’ve only been on my Apple TV for about a week and we’ve been fairly busy with outdoor, house-related projects.

I’ve also uninstalled the Lowe’s TV app. I thought I would find it more useful since we’re still fairly new homeowners, but I usually just end up searching for videos on YouTube instead. The videos I find on YouTube tend to be of similar quality when compared to the ones produced by Lowe’s and I get a much larger selection of videos to choose from. 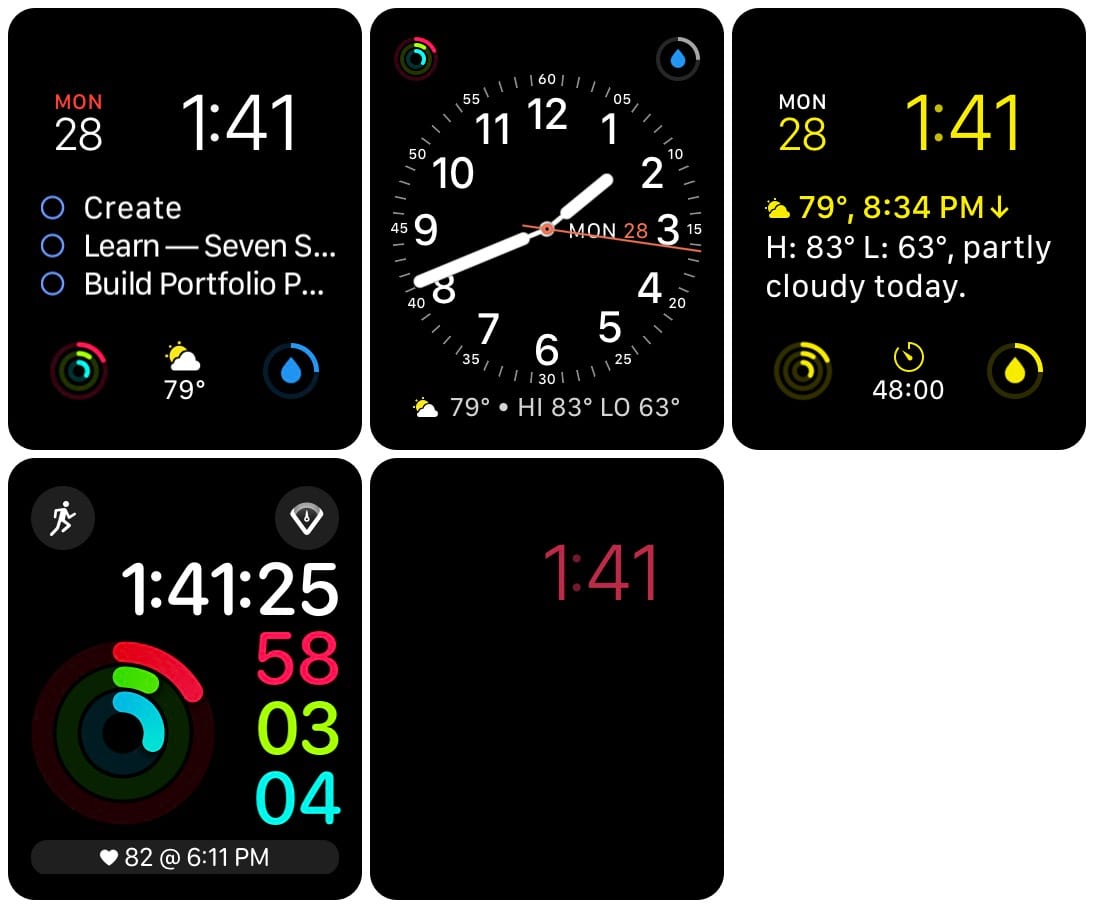 I finally took some time to adjust and optimize my Apple Watch setup. I’ve added two more watch faces and have made some changes to the ones I had been using. Each of my watch faces is designed with an activity in mind and I’ll run down each of them alongside the complications used.

It’s worth noting that, since I’m using so many watch faces with a myriad of complications, I only have two apps in my dock — Now Playing and PCalc. If I want to launch any of the other apps on my device, I simply switch to a watch face that features it as one of its complications.