It has been rumored since April that Apple would be adding cameras to the iPod nano and iPod touch but there has been a little extra fuel added to the fire over the past couple of days.

First Michael Arrington cited sources in Asia that said that Apple has placed an order for a “massive number of camera modules of the type that they include in the iPhone.” Also saying: “the size of the order means they can only be used for one thing – the iPods.”

Then it was found on DealExtreme and Uxsight a total of three iPod cases supposedly built for the upcoming iPod nano and touch that features a spot for the camera module.

Although these images do appear to be of actual iPod cases there is no way of telling whether or not they were built with knowledge of the upcoming revisions or if they were just made as some sort of marketing scheme for the sites they are sold on. It is interesting to note that the two iPod touch cases don’t have the same size holes for cameras, which could mean that they are either cheaply made or fakes.

I do believe that cameras are coming to the iPod touch, it is necessary for Apple to justify the price of the device. Us gadget fans know that the iPhone is subsidized down to the $199 price point but the Average Joe probably doesn’t understand why anyone would pay the extra $30 for the iPod touch and lose all of those cool iPhone-only features. With that in mind it makes perfect sense to add a camera to the iPod touch. But, I’m not exactly convinced about the iPod nano, I’m sure it wouldn’t be too difficult for Apple to add the functionality but wouldn’t Apple want to use that feature to up-sell you to the iPod touch? 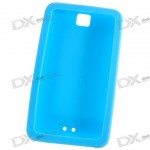 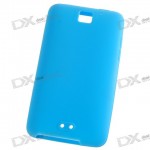 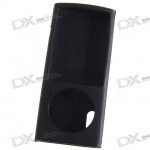 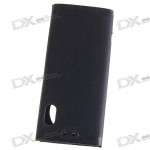 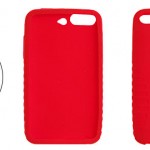 Update 7/8/09: AppleInsider says that Pinch Media has found the iPod touch 3,1 in online logs a few times since April.