Sitting pretty at 126MB, some very useful changes have been made apart from the usual bug fixes. iTunes is not supported, but Synergy now includes Yahoo! contact and calendar sync while Sprint users now have Yahoo! IM. Forwarding and copying of a single SMS/IM message is now a go as is the ability to set unique ringtones for new messages while videos shot in widescreen are no longer automatically panned and scanned

I’m really hoping that Palm has finally given up on iTunes syncing. Apple never would, and for Palm’s customer’s sake, I hope this cat and mouse game doesn’t have to continue. Palm needs to do what they should have done months ago, release a standalone application that syncs media between iTunes and webOS devices. Palm has announced that the Palm Pixi will be coming to Sprint on November 15 for $99.99. This was the expected price and not a surprise at all.

However, the expectation of a $100 price point was made back when the Palm Pre was going for $150-200. Currently you can purchase the Palm Pre from Wal-Mart, with Wi-Fi and a faster processor for $99.99.

I guess I don’t understand this decision.

Update 11/12/09: The Boy Genius has managed to (as usual) get some unboxing pictures of the Palm Pixi before its release. The device is packaged very similar to the iPhone, although I think the plastic tray it sits in looks a little chintzy.

Also, if you’re planning on purchasing a Palm Pixi, Walmart’s wireless partner, LetsTalk, has the Palm Pixi available for $29.99.

The rumored Palm Pixie/Eos device has officially been announced. Now named the Palm Pixi, the new WebOS based device will be coming to Sprint this holiday season.

Just like it’s older brother, the Palm Pre, the Pixi has a full QWERTY keyboard (although not of the slide-out variety) a hardware ringer on/off switch, a removable battery, and support for the Touchstone (with an optional back cover).

There hasn’t been any price announcements as of yet but the Palm Pre’s price just dropped to $149.99, so $99 sounds like a likely price point.

It’s unfortunate that the device is headed for Sprint and not AT&T, as previous rumors stated, but Palm will finally have a device that is capable of competing with the $99 iPhone 3G. 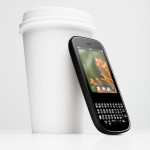 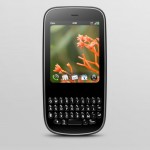 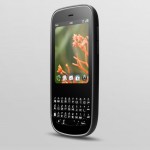 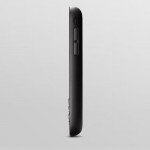 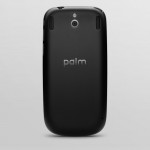 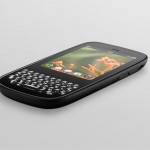 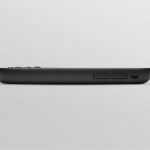 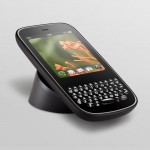 Update 9/19/09: According to John Paczkowski of All Things Digital, Palm’s App Catalog will begin selling applications on September 24.