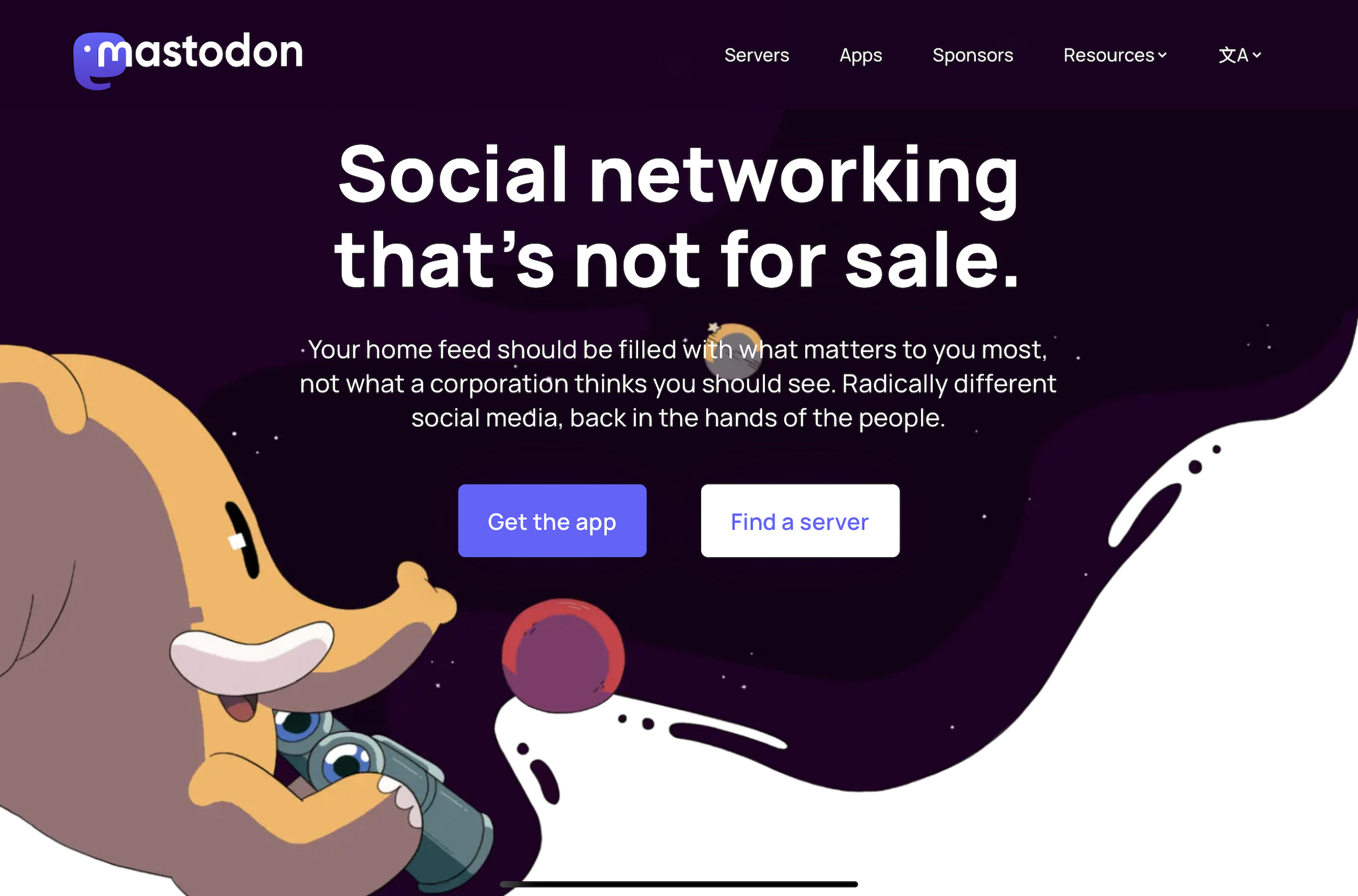 I started moving away from Twitter early last year, first using Micro.blog and then eventually settling in to the Fediverse with my own, self-hosted instance of Mastodon. Micro.blog is an excellent service and I love a lot of what they’re doing for the open web, but the mobile apps always left something to be desired.

Coming from Twitter, I was incredibly spoiled by Tweetbot, which is one of the most polished apps I’ve ever used. Mastodon’s apps aren’t quite as good, but there are a lot of options that are in active development — it feels like the early days of Twitter in that regard. It’s exciting.

I left Twitter because it felt like everyone had the same opinion about everything and it had evolved into a place where people just go to complain and argue. I wanted something new and I wanted something that wasn’t controlled by a single, centralized entity — something I could truly own.

But there are plenty of other reasons to leave Twitter — some that are trendy and some that aren’t. Whatever your reasons for looking elsewhere, we’ll be happy to have you on the Fediverse.

For those that aren’t as familiar with Mastodon and the Fediverse, here is how I described them in my piece on the topic late last year — using the protocol name “ActivityPub” instead of the colloquialism “Fediverse”:

Mastodon is open source, distributed social networking software. It’s most similar to Twitter in terms of core functionality, but what sets it apart is the ability to setup your own instance or join one that fits your interests. Mastodon takes advantage of ActivityPub, allowing users on the service to follow others from separate instances.

And because ActivityPub isn’t Mastodon-specific, you can follow users from instances that aren’t even built on Mastodon. It’s compatible with Pixelfed, PeerTube, Pleroma, and more — as long as it uses ActivityPub, you can follow it through Mastodon, at least in my experience.

Mastodon is like taking Twitter’s short-form, approachable publishing mechanism and combining it with email’s distributed, protocol-based system. And while that’s cool for nerdy folks like you and me, I understand that it can sound a bit intimidating. Honestly, you can also just sign up for an account and start using it without ever knowing about those underlying technologies.

If you’re migrating from Twitter, though, you might benefit from some of what I’ve learned along the way. Here’s my recommendations for migrating and how you can get the most out of it:

The above are recommendations that can apply to just about anyone joining Mastodon, while the ones below are more specific for those that are moving from Twitter to Mastodon:

I’ve been having a blast on the service over the course of the past 15 months or so. And in that short time, I’ve nearly matched my peak following on Twitter — a service I joined in January 2007. At my current rate, I should surpass it by the end of the year. If you’d like to help me reach that, you can follow me @mike@libertynode.net. It shouldn’t matter to me, but in a way, it’s my way of proving that Mastodon is a viable social network.

That should be self-evident — it’s over six years old and has significantly more users than Twitter did back when I first joined in 2007 — but the naysayers are vocal nevertheless. And it’s perfectly fine if they’d prefer to stay on Twitter, we’ll be over in the Fediverse having more fun.