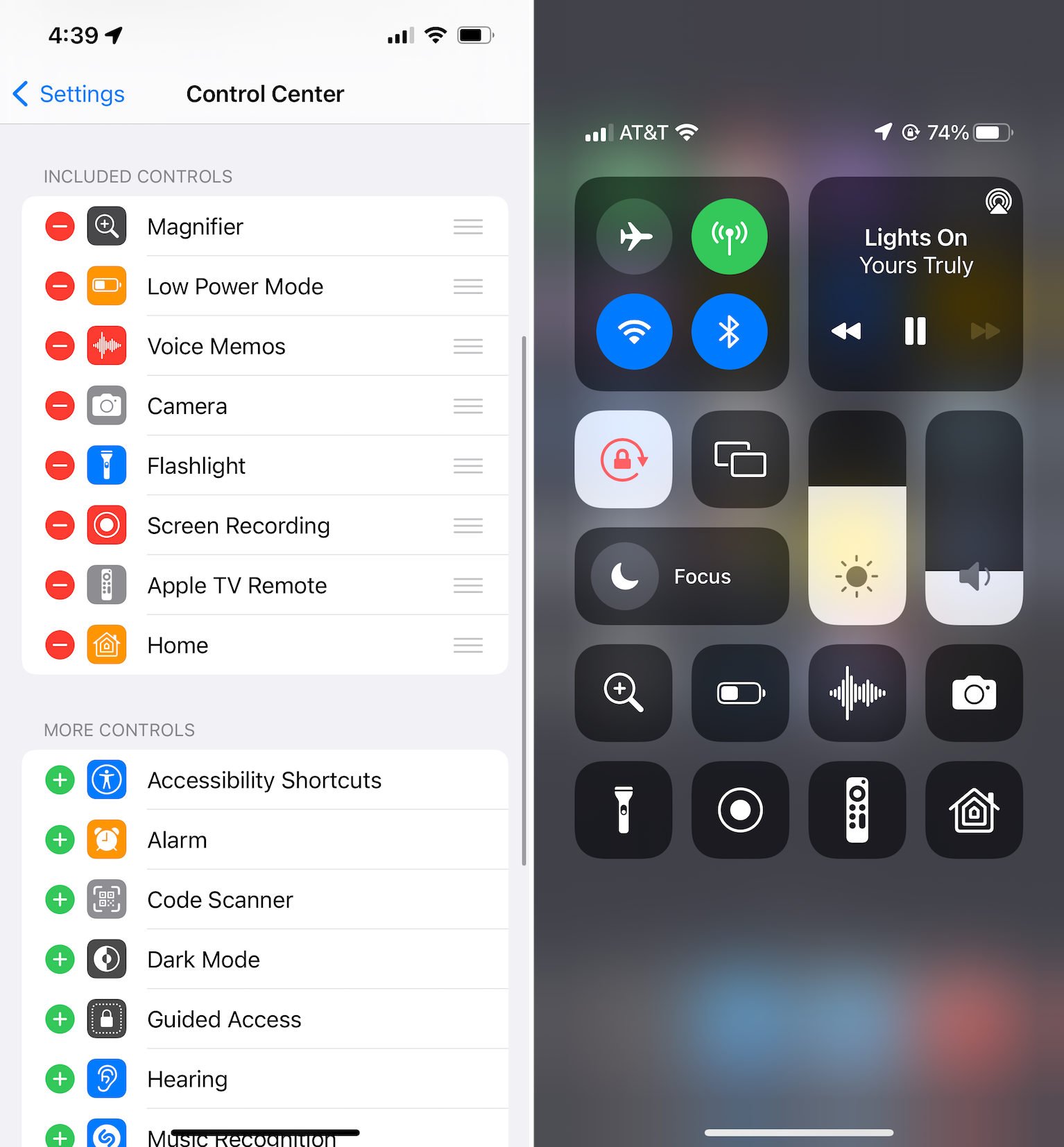 A fully customizable Control Center has been on my iOS wishlist for years. Apple’s done a lot to head in that direction since first introducing the feature, but there’s a lot more that could be done. The ability to add your own shortcuts would be the biggest win. And while that isn’t something that’s directly supported, there is a workaround that I’ve recently started using on my iPhone and iPad.

There are two Control Center controls that are key here — Calculator and Voice Memos. Those simply launch the corresponding app and they happen to be two apps that I don’t use. But I can still use these to my advantage by pairing them with the Shortcut app’s automations feature.

I’ve setup an automation that will connect to my AirPods and use them as the audio output of my device. I could do this through the Now Playing section of Control Center, but that section is frequently displaying playback information from my Apple TV and I’d end up having to perform five taps to switch to my device’s controls and switch audio outputs — with the automation, it’s just a single tap. 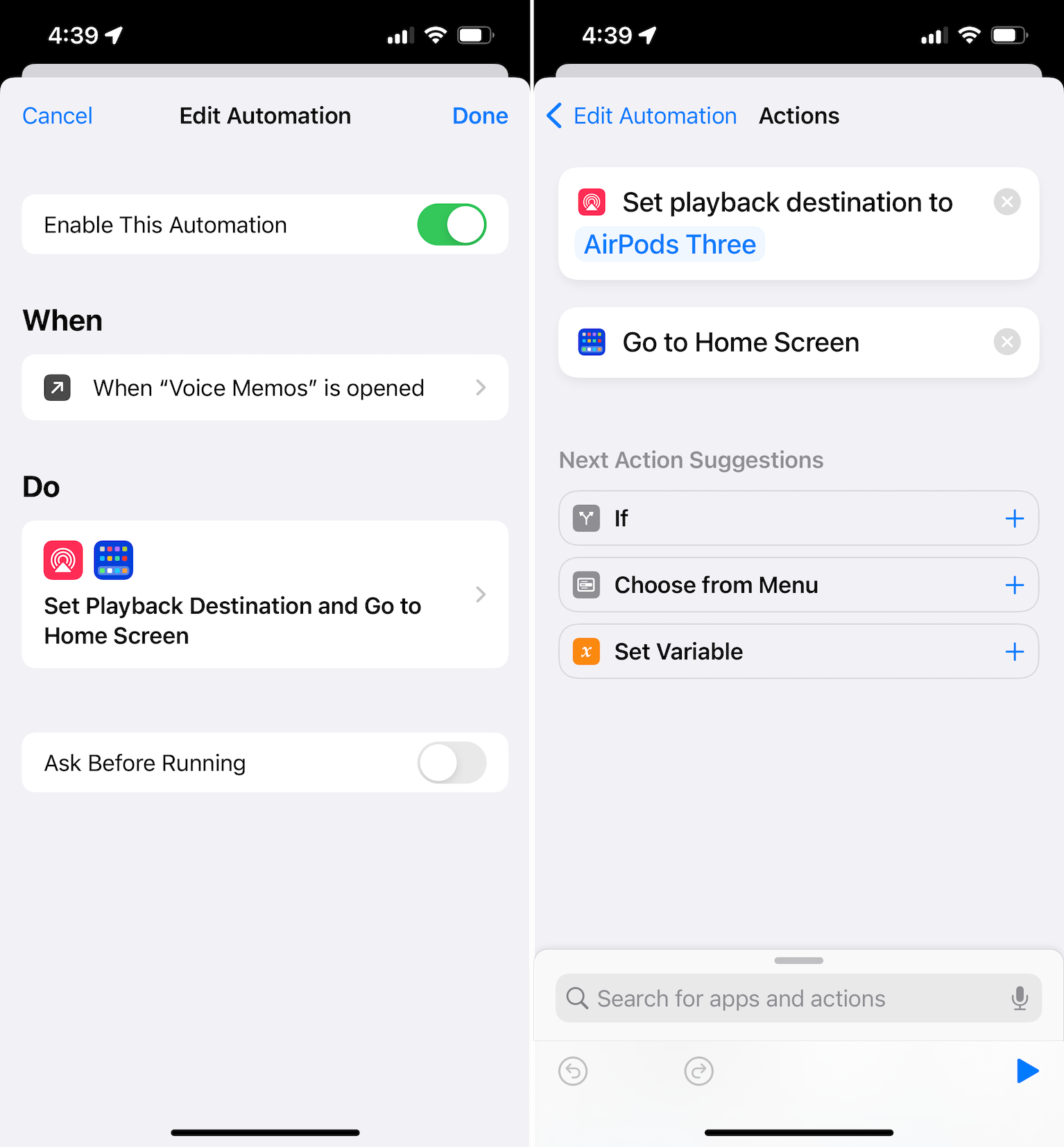 You can add Voice Memos or Calculator to Control Center (as long as the apps are installed) from within the Control Center section of the system’s Settings app. And to setup the automation, you can do the following:

These instructions are for my AirPods automation, but you can add whatever actions you’d like to achieve the functionality you want in Control Center — switching between 5G and LTE is another useful idea that comes to mind.

I’d like to see Apple add a “Show in Control Center” option within each shortcut’s settings. This workaround gets the job done, but it is a bit of a hack. If Apple actually implemented it into the system, it would be a significantly slicker experience and would do a lot to promote automation on the platform.