More on the PSP 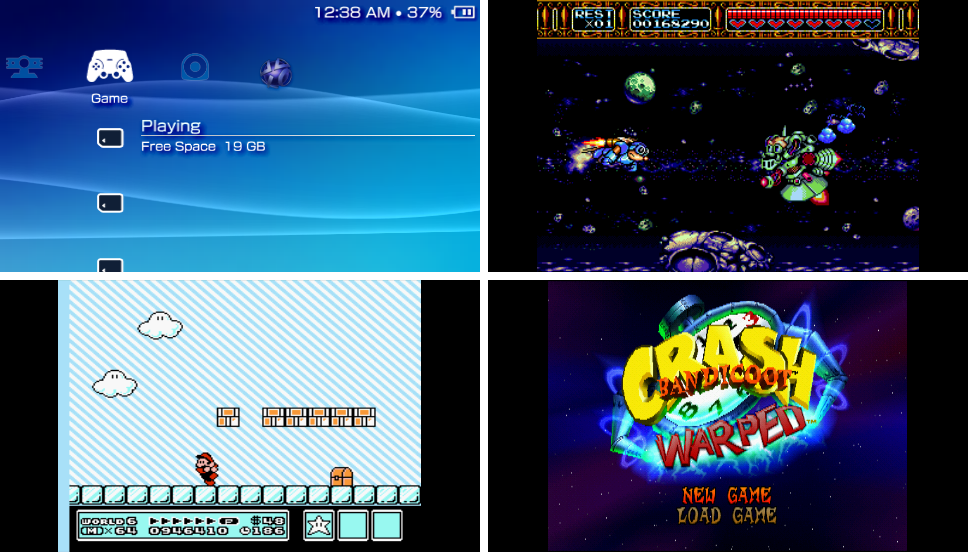 After writing about the PlayStation Portable earlier this month, I’ve continued tinkering with the system. And for the purposes of documenting my custom firmware setup, I thought I’d share what I’ve learned, discovered, and have been doing with it since then.

I’ve made an adjustment to the structure of my game organization. Rather than filing them into categories for PSP games, PlayStation games, Homebrew, emulators, Minis, and utilities, I’ve whittled it down to something more simple — Playing, Backlog, and Archive. With this, everything I’m actively playing is readily at hand, everything I’ve completed is in the archive, and everything else lives in the backlog.

This new setup is mostly to workaround the PSP’s issues loading directories with a large number of files. To give you an idea of how drastic that can be, the Playing category has just a few games in it and loads in just a second or two. But the Backlog category, which has about 150 games, takes somewhere in the neighborhood of twelve seconds to load.

There’s a bit more upkeep with this, since I have to move games between folders on the system when I complete and start playing a game. And that’s not too convenient since the file management apps for the PSP aren’t really that good. Most of the time I end up connecting it to my Mac, especially when I need to move more than a few things around at a time.

I’ve also added another plugin to my setup — DayViewer. This lets you configure the strings displayed next to the battery icon on the PSP’s XrossMediaBar home screen. I wanted a pretty minimal setup, so I have mine configured to display the current time and the battery percentage with a special character as a separator. It’s odd that this type of functionality wasn’t built-in to the system. You can see the battery percentage on official firmware, but it’s hidden within the Battery Information section of system settings. Thankfully the community has managed to fill that gap.

Shifting to hardware, I picked up a USB to barrel jack cable, which let’s me charge the system with just about any USB charger. It’s much more convenient than having to use a dedicated charger.

I also did some testing with a 256GB microSD card to see if 128GB was really the maximum. I’ve seen some YouTube videos and mentions in various forums of people being able to get larger capacities working. This guide on Wololo seemed like the most promising as it specifically mentioned using a 200GB card, but even after trying all the suggestions, I just couldn’t get the larger card recognized. I suppose it could be the Pro Duo Memory Card adapter I’m using, but I’m unconvinced that anything over 128GB will actually work.

Although 128GB is a lot of storage for the PSP, considering UMD had a maximum capacity of 1.8GB, I still wanted more on my system. Especially if I’m going to use it as my go-to media player on trips. After a bit of research, I discovered the CSO file format. As it turns out, CSO was created as a way to compress the ISO files of PSP game backups. The only downside of the format, as far as I can tell, is that it has an impact on load times and can cause issues with games that frequently load content during gameplay.

I’ve gone ahead and compressed all of the game backups I have to CSO format, though, using PSP CSO Converter. I used a compression level of one for all of them and am seeing around 30% file size reduction on average. My current plan is to store my games in CSO and then convert to ISO when I start playing one regularly. This way I can save on storage size, but still retain the faster load times for the games I’m actively playing.

Unfortunately, there doesn’t seem to be a good utility for converting between ISO and CSO on the system. At least none that I’ve found yet. That means I’m stuck doing the conversion on my Mac each time I start playing a new PSP game. It’s not too much of a pain at the moment, since this conversion only applies to PSP games and they tend to have a decent amount of play time in them — I’m not switching PSP games too frequently. And of course, I can always run games from CSO until it’s convenient for me to decompress to ISO format. 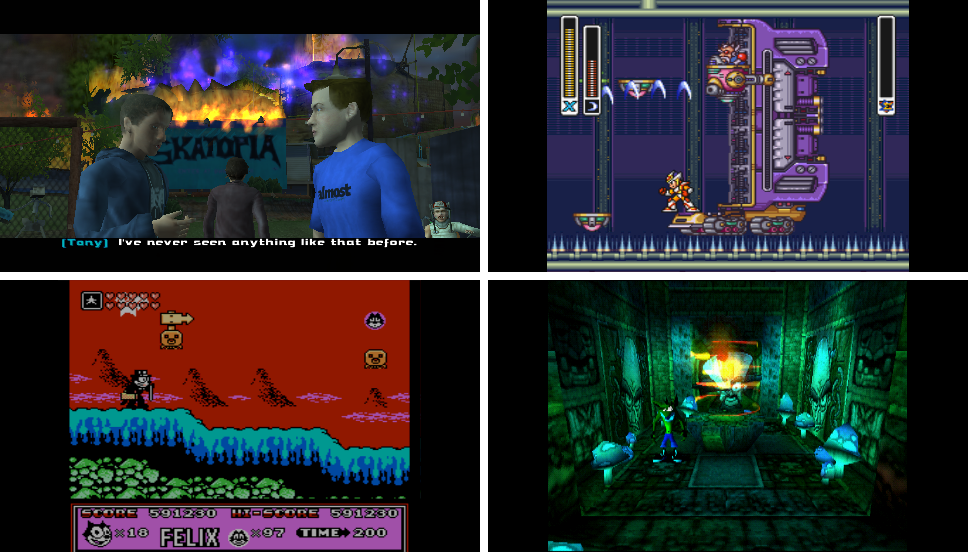 The system is a lot of fun. And not just because of the opportunities to tinker with it. Over the past handful of weeks I’ve completed the following games on the system:

I’m still playing through Tony Hawk’s Underground 2: Remix and recently started Crash Bandicoot 3: Warped and A Very Super Mario World, which is a fan-made hack of Super Mario World. There’s just so much that this handheld can do and I’ve been loving every minute of it. Except for that darn red gem in Slippery Climb — I don’t know who thought that was a good idea.