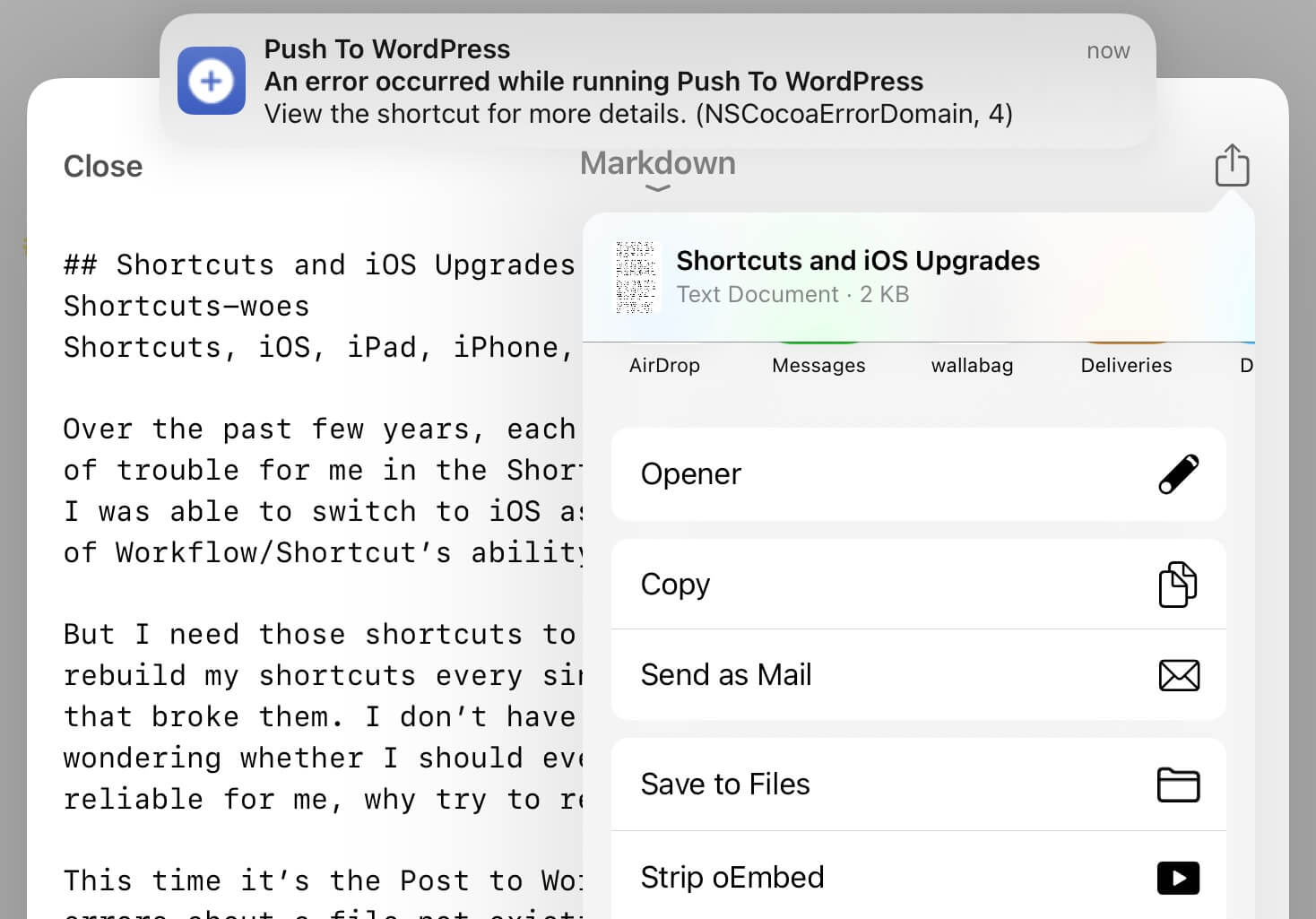 Over the past few years, each major iOS upgrade has brought a world of trouble for me in the Shortcuts app. One of the primary reasons I was able to switch to iOS as my main platform in 2015 was because of Workflow/Shortcut’s ability to smooth out the rough edges.

But I need those shortcuts to be reliable. I don’t want to rebuild my shortcuts every single year because something changed that broke them. I don’t have that kind of time and it leaves me wondering whether I should even bother anymore — if Shortcuts isn’t reliable for me, why try to rely on it?

For now, I’m writing on my iPad and then publishing from my iPhone, which is still running iOS 14 where the shortcut works just fine. But long-term, I’m not sure what I’ll end up doing. I don’t want to keep fixing my shortcuts each year and because of the issue I’m having with it, I don’t even know what I could do to fix. But, it’s the smoothest and most streamlined publishing workflow I’ve ever had when it works. I don’t want to go back to writing in the WordPress editor or transition to publishing through Ulysses directly because it’s just a bit more clunky than I want to fuss with.

I’ve heard from some others after I vented my frustration on Mastodon, so I know I’m not the only one. What I’d like to see is Apple get their act together and improve backwards compatibility with shortcuts with iOS upgrades. But their recent track record hasn’t been too great in my eyes. Apple continues to make decisions that are so far off the mark from what I would prefer. I’m not particularly optimistic, to say the least.