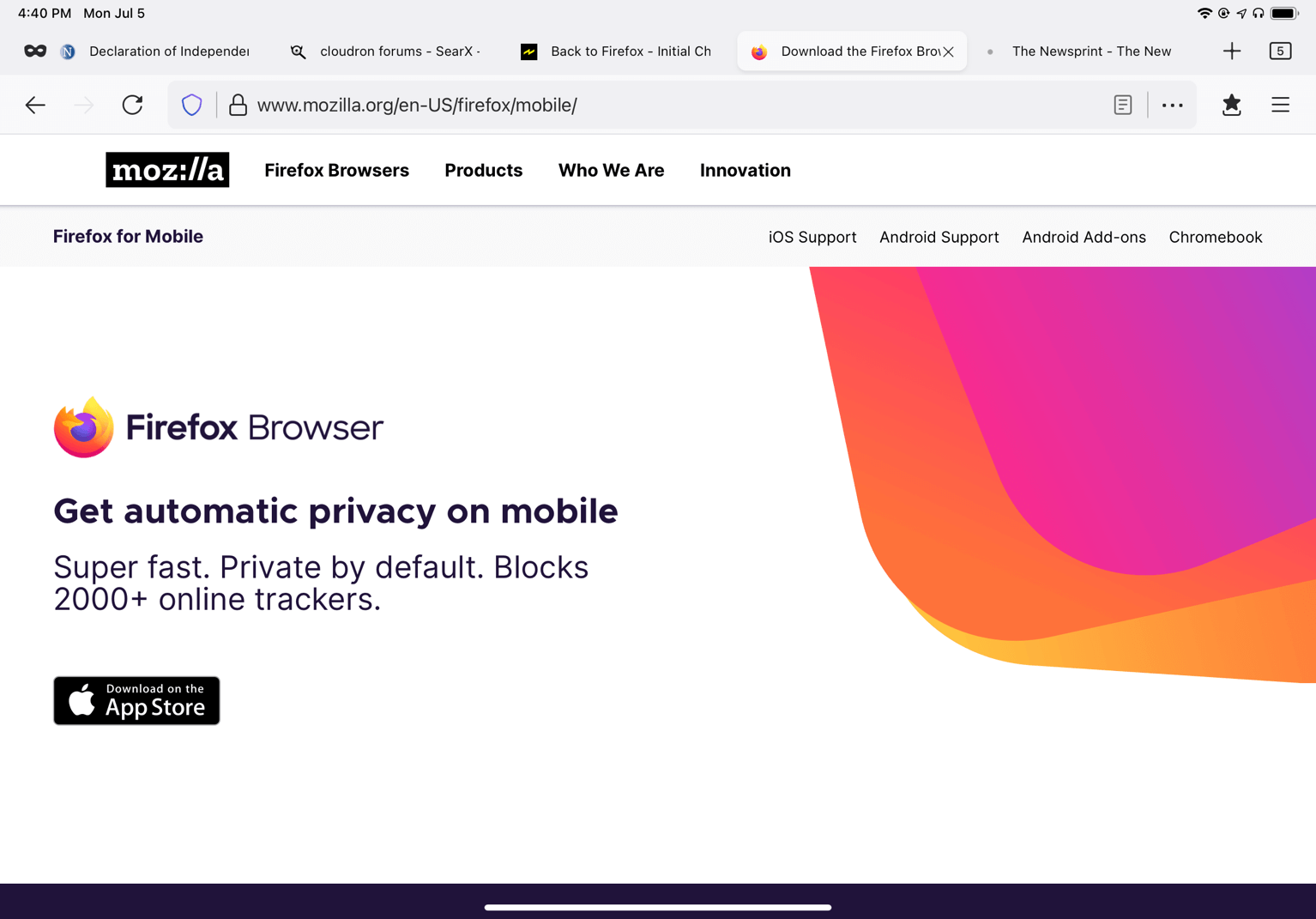 I switched to Firefox on my work laptop a couple of months ago and it went so well that I thought I’d give it a try on iOS too. It hasn’t gone quite as well, but I think I’m in it for the long haul anyway, if only because I think it’s important to support alternatives. And incredibly important to support alternatives on a platform with artificial limitations on those competing with the platform owner.

The only way to change the limitations on iOS is to bump up against them and encourage Apple to make changes when possible. So I thought I’d share the notes I’ve taken over the past month using Firefox on iPhone and iPad — the biggest pain points I’ve experienced during that timeframe. Some of these are Firefox-specific where others are more generalized complaints about the state of third-party browsers on iOS in general.

Even with all these faults, though, I’m sticking with Firefox for the foreseeable future. One of the primary reasons being the ability to add a custom default search engine to Firefox, which isn’t possible on Safari. I have a SearX instance setup and I prefer it to any of the options available in Safari.

But I’m going to keep complaining about the pain points. Because I want Apple to fix them. Because fixing those pain points will improve the platform for developers and users alike.