Moving to the MacBook Pro 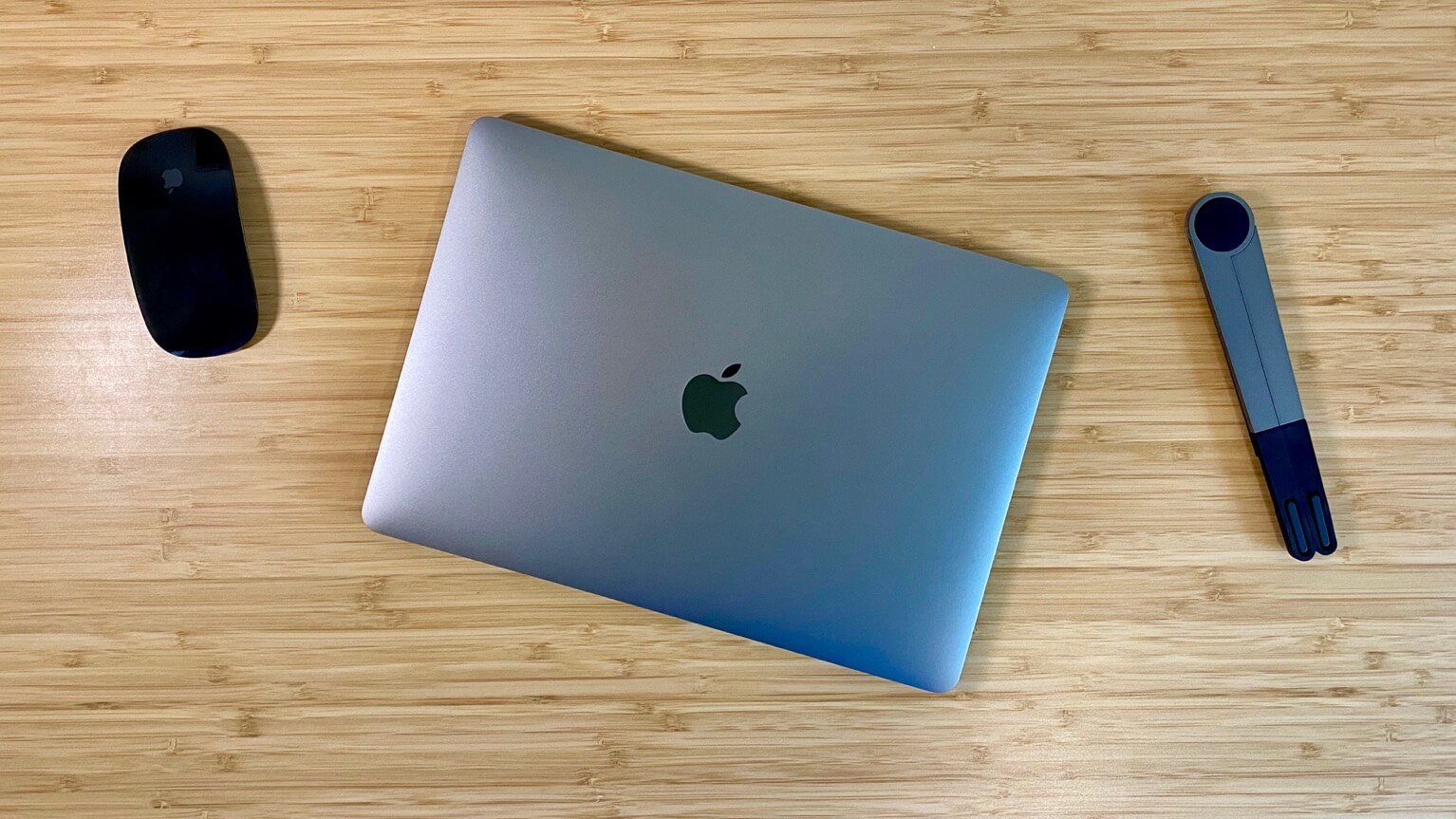 After Apple started transitioning their notebook line away from the notoriously unreliable butterfly keyboards, I started pondering what my new work laptop would be. My first work-issued laptop was the 2018 MacBook Air. Although I absolutely loved the machine’s weight, size, and overall design, the keyboard was fundamentally flawed.

I started having issues with the keyboard just a month or two after I received the MacBook Air. But I just dealt with the annoyance of duplicate and missed key presses because I needed it for work. I live too far away from an Apple Store to easily bring it in for repair and that left me with the only option of sending it in by mail, which usually takes at least a week. I couldn’t be without my work laptop for that long.

Then, about a year later, Josh was born and I was on parental leave for four months. I took that opportunity to send in my machine and get the keyboard replaced. It came back about a week later and the keyboard worked perfectly. That’s excellent, but my faith in the butterfly mechanism was tarnished.

I came back from parental leave earlier this year and knew that I was due for a replacement machine in April. Apple had already released the 16-inch MacBook Pro last November with the new scissor switch keyboard and I wasn’t going to order a new laptop unless it had the new keyboard. The 16-inch is just too large for my liking, though. I like to move around the house throughout the day while I work — spending some time at the kitchen table, some time in the living room, and some time in the office. Between that and the extra heft while traveling to work meetups a few times each year, I would much rather have a smaller machine.

The next Mac to return to the scissor switch keyboard was the MacBook Air in March. All the benefits of my 2018 MacBook Air with a new, more reliable keyboard — what’s not to like? I still had another month to go before I was able to order a new work laptop and although I found the new Air intriguing, I felt it was in my best interest to wait and see with the 13-inch MacBook Pro update had in store.

I didn’t have to wait long, the new 13-inch MacBook Pro was announced in May. But that left me with the question, which MacBook to choose?

Luckily, I work for the best company in the world — we’re able to choose what machine is best for each of us and our work, with limited restrictions. So I could essentially get whatever I wanted, configured however I wanted. With price being no object, that means you have to choose a machine entirely based on it’s own merits — there’s no need to make concessions because a component upgrade is too expensive.

I hemmed and hawed for quite some time about what machine would actually be better for me and my work. I liked the form factor, lighter weight, and lack of Touch Bar on the MacBook Air, but how much would I appreciate the extra horse power of the MacBook Pro? And would that additional performance be worth the trade offs in portability?

I had it narrowed down to two different configurations:

Most of my friends that I spoke with suggested I choose the MacBook Pro, but the decision wasn’t too easy for me. I overvalue portability compared to most of them. I want the thinnest and lightest laptop I can use and will typically give up performance for it. And that extends to the power adapter that the machine uses as well — 30 watt power adapters, which the MacBook Air require are much smaller and lighter than the 61 watt power adapter that comes with the Pro. I know I can use third-party power adapters (and trust me, I do), but it becomes tricky when you want to use your laptop under load with a lower wattage adapter — the battery depletes even when plugged in.

Then there is the question of the shape of the machine itself. The MacBook Air features that iconic wedge shape, while the MacBook Pro is flat. I rarely use an external keyboard, so would the flat shape effect my ability to type comfortably? The answer isn’t obvious and given the state of retail at the moment, it’s not like I could go out and try the MacBook Pro for some amount of time in store. And even if I could, the environment isn’t exactly great from an ergonomics standpoint, so I doubt I’d be able to get a good impression of what it would feel like to use in practice.

And the other major downside of the MacBook Pro is the Touch Bar. I have heard almost nothing good about it and the overall impression that I see online is that the Touch Bar makes your computer worse. Things are a bit different with the current iteration, though, specifically with the escape key being a physical key. But without much experience with it, I’d still err on the side of preferring a machine without one.

But then we get into the topic of performance. This is where the MacBook Pro really starts to shine. Based on Geekbench 5 benchmarks, the MacBook Pro is only marginally faster than the MacBook Air on single-core tasks, but it’s one-and-a-half times the performance on multi-core tasks. It’s difficult for me to gauge whether I will really get much benefit from that extra performance in my day-to-day tasks, though.

I spend all day in Chrome, Slack, Simplenote, and Things. Those aren’t particularly intensive applications, especially since I typically have less than ten tabs open in Chrome at any given time. I also have some menu bar apps open, like iStat Menus, tyke, Droplr, One Switch, and a handful of others. That’s a pretty accurate snapshot of my daily work and I don’t need a ton of CPU performance to keep up.

But this might not always be the case. I have an opportunity to spend time working on support for our mobile apps in the future and with that comes the possibility of more intensive applications. Specifically the iOS Simulator and Android in emulation so I can test our apps in different environments. This is a far heavier workload than what I’m doing currently and is the single reason I ultimately decided to spring for the increased performance of the MacBook Pro instead of the better portability of the Air.

I ordered the 13-inch MacBook Pro in space gray with a 2.3GHz Intel Core i7, 32GB of memory, and a 512GB SSD. I’ve been using the machine for my daily work for about a month and although I had some hesitation with a few of its features, I’m very happy with the decision overall.

Here are my miscellaneous thoughts and impressions on the machine’s features, when compared to the 2018 MacBook Air that I upgraded from:

Unless something radically changes over the next couple of years, I expect my next Mac will be whatever the 13-inch MacBook Pro iteration is at the time of purchase. It offers an incredible balance of horse power and portability, which makes it the perfect machine for my work and travel habits.