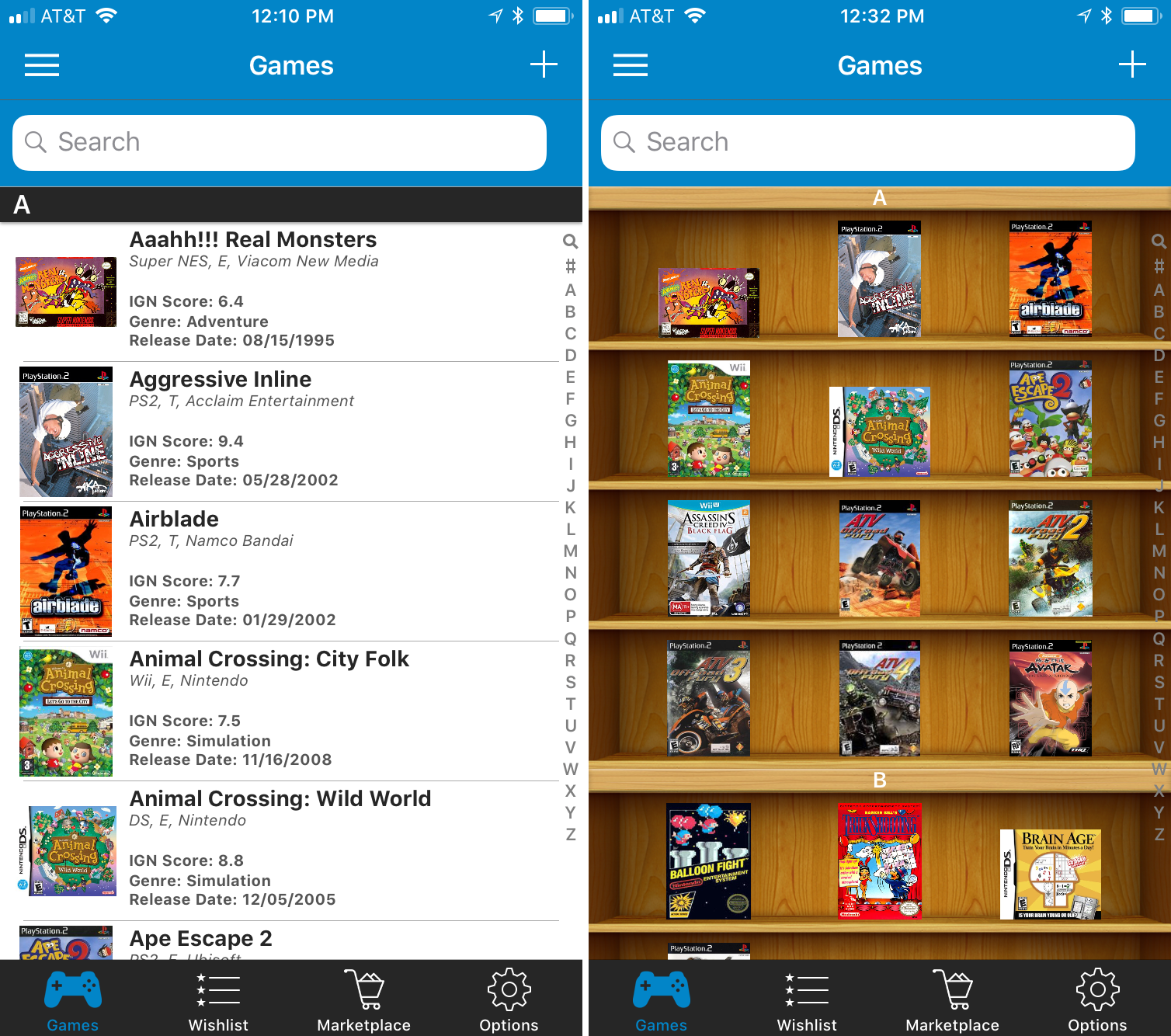 Last month, I booted up my PlayStation 2 and started playing. The console had been sitting under our television since my wife and I moved to our new house last fall, but it hadn’t seen much activity until recently. It started when I found a ton of old games while unpacking boxes in the office — a task that I took far too long to finally get around to.

Tony Hawk’s Underground, Downhill Domination, and Theme Park Roller Coaster quickly became common sights on our living room television. But after a few weeks playing games from my high school days, I found myself browsing local thrift shops for inexpensive games to add to my collection.

My library of games has nearly tripled in about a month — I suppose you could consider me a retro game collector at this point. But I ran into a bit of a problem when I was browsing one of the local thrift stores last week. I couldn’t remember whether I owned a game they had in stock. I had no system for keeping track of the titles I owned and a wishlist of games I’d like to buy.

Later that night, I did some searching in the App Store to see what software was available for such a task. There was no shortage of options available and most of them didn’t look very good. After a few days of trying most of them, my favorite by far is Video Games by iCollect. 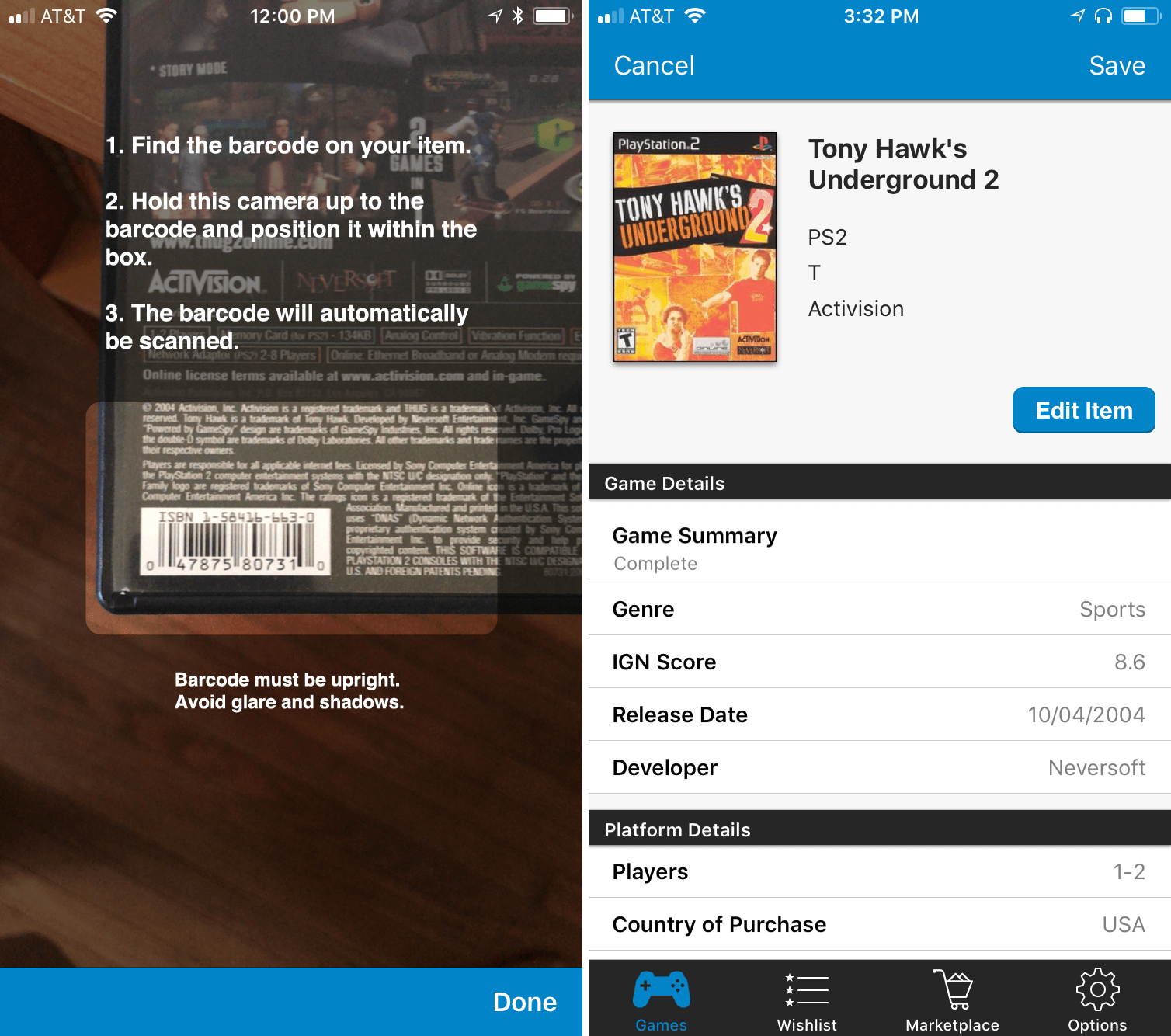 The app features bulk barcode scanning for quickly adding games to your collection, powerful filtering and sorting options, themes, customizable item views, and more. What I like most about it is the simple interface. It has a tab bar along the bottom for switching between your games view, your wishlist, the app’s eBay marketplace, and settings, which is vastly superior to the clunky hamburger menus found in other apps. Although, you’ll want to hide the ”Collectors tab” in settings, which just lists other apps by the developer.

Adding games to your collection is a snap with the bulk barcode scanner. I was able to add most of the games in my collection in just a few minutes. It can be a little tricky to find the right game with the text-based database search option. Often you’ll find multiple instances of the same game and you’ll have to tap into each one to find the right match. Luckily, you can edit any of the fields associated with a game to better fit your copy before or after adding it to your collection.

Once you have your games tab populated with your collection, you can filter and sort the items through the menu in the top left. I often use this to show games from a specific console and sort those based on release date or IGN rating. This is something that’s often difficult or impossible to do in other apps within this category.

In the app’s settings you can customize what gets displayed alongside the game cover and title when in list view. I have mine set to display the game’s IGN score, genre, and release date, but you could set it to display the publisher, platform, number of players, storage location, or any of a number of other options.

The app has the option to display your collection in a grid view, but it uses a Delicious Library-style wooden shelf background and there’s no option to change it. Viewing my games in a grid was my preferred view in competing apps, but I just can’t get past the wooden shelves — it feels so unbearably dated when compared to other apps on my iPhone. 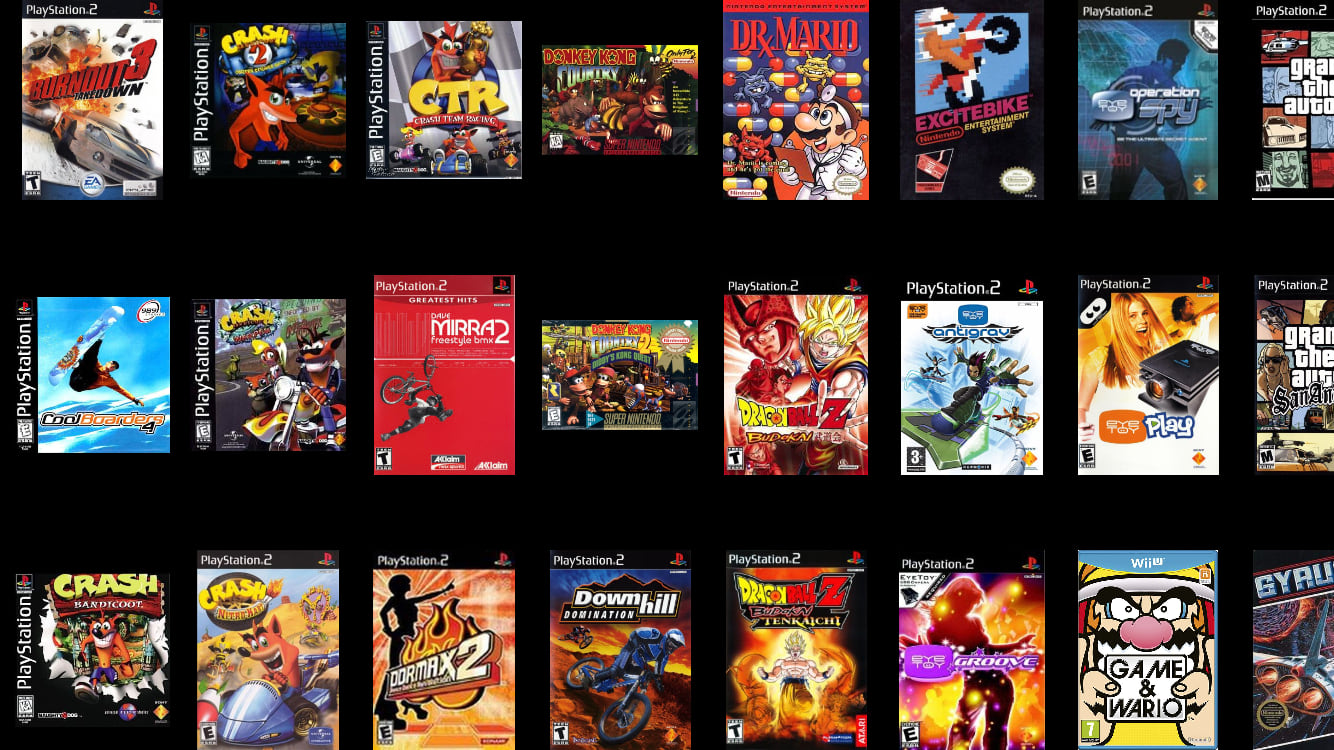 You can also view your games in a coverflow-style grid. But it’s only available in landscape and because of that, might as well not even exist. The only time I ever hold my phone in landscape is when I’m watching video and I don’t expect that will change anytime soon.

That covers the basic features of the app and what I expect most users will actually use. But it is worth noting that Video Games has the ability to import your collection from Collectorz or Delicious Library and it offers export options in a few different formats. This makes it fairly easy to jump to another app if this one doesn’t fit your needs.

The app also features a marketplace tab, which appears to be a simple front end for searching eBay through the developer’s affiliate link. I haven’t used it for purchasing games and don’t expect I ever will. I prefer to purchase games from local thrift stores or online storefronts that specialize in retro games, like Lukie Games. But if you’re looking for a way to help support the developer and pickup some new games in the process, the marketplace could be useful for you.

Video Games by iCollect has its quirks, but its the best app I’ve found for keeping track of my video game collection. I can add new games to my wishlist with ease and reference the app while browsing local stores for new titles. The barcode scanner makes adding new games to my collection a breeze and I love the ability to filter and sort my library based on release date, IGN score, and platform. If you collect retro (or modern) video games, I recommend giving this app a try.