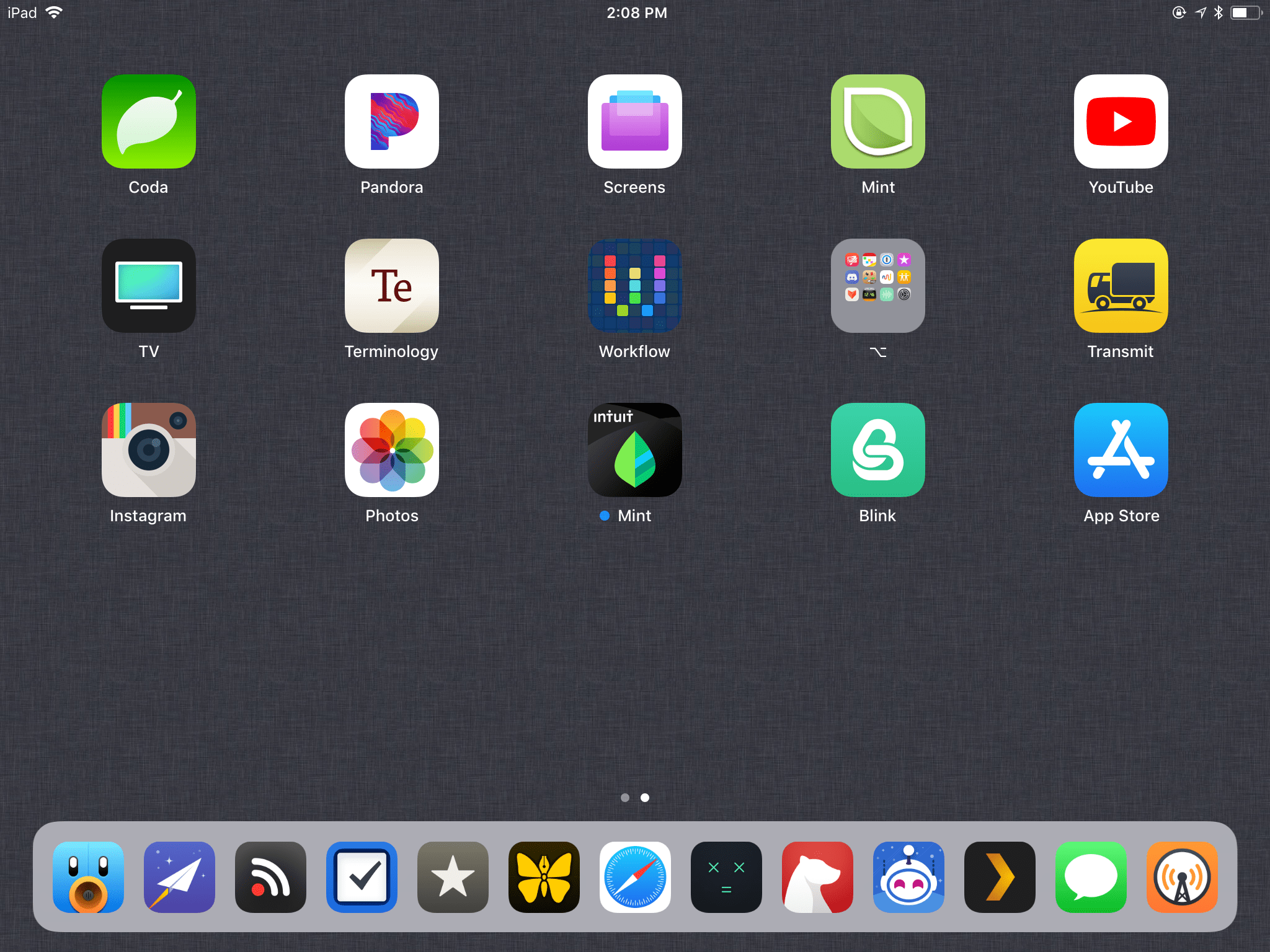 I mentioned in last month’s update that I felt like I wasn’t utilizing the system to its fullest and it eventually pushed me to moving app icons back to my home screen. I still think it was a worth-while experiment, though. As you can see, I still have a larger number of icons in my dock and I’m only using one home screen instead of the two I did previously.

Having thirteen apps in my dock is just so much more convenient than the ten I had before. Quick access to a few more apps wherever I am in the system has been a nice little upgrade for me. But I’m glad I moved the folder back to the home screen and unpacked some of the apps it contained.

Having a folder in the dock seems like a neat idea, but in practice its not much better than jumping back to the home screen. There’s a limited number of apps that I actually use in Split View and every app that lives in the folder requires one additional interaction to access compared to an app on the home screen — swipe up for the dock and tap open the folder instead of simply clicking the home button.

And of course, I’ve brought back my beloved linen wallpaper and relegated the El Capitan wallpaper to the lock screen. This certainly makes my iPad feel comfortable again. 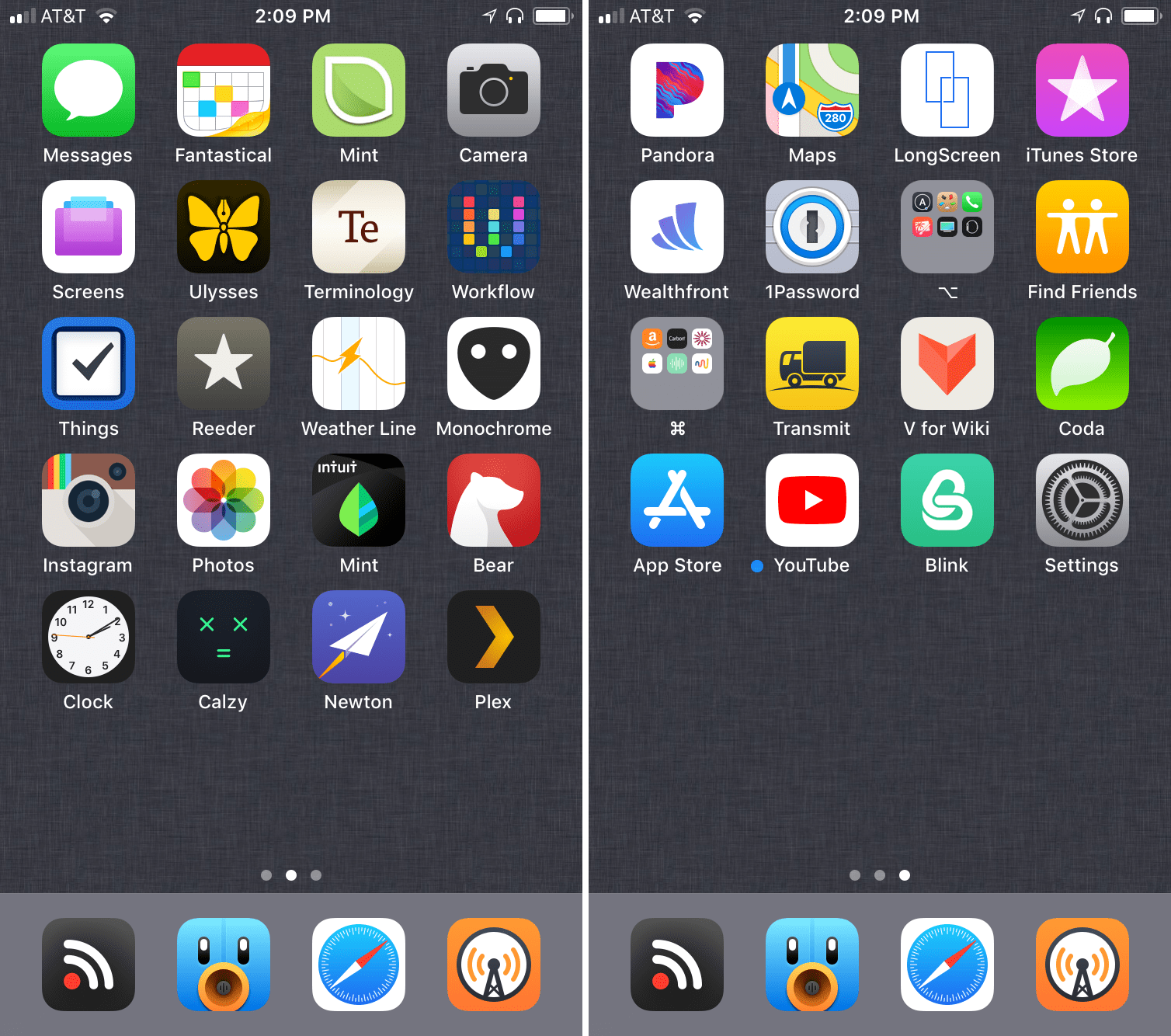 I’ve uninstalled Scorekeeper and Alto’s Odyssey from my iPhone. Scorekeeper was an important tool for me to keep track of freight at my day job, but as some of you may know, my last day was April 16. I’m still learning on Treehouse and plan to pivot into web design over the next few months.

As for Alto’s Odyssey, it’s still one of the best games on the platform, but I don’t need another distraction on my iPhone. In its place, I’ve decided to install Noisli, a nifty white noise application that let’s you save custom noise combinations. When I’m writing, I toss in my AirPods, and turn on my Focus preset, which is a combination of rain, thunder, wind, and fan sounds. 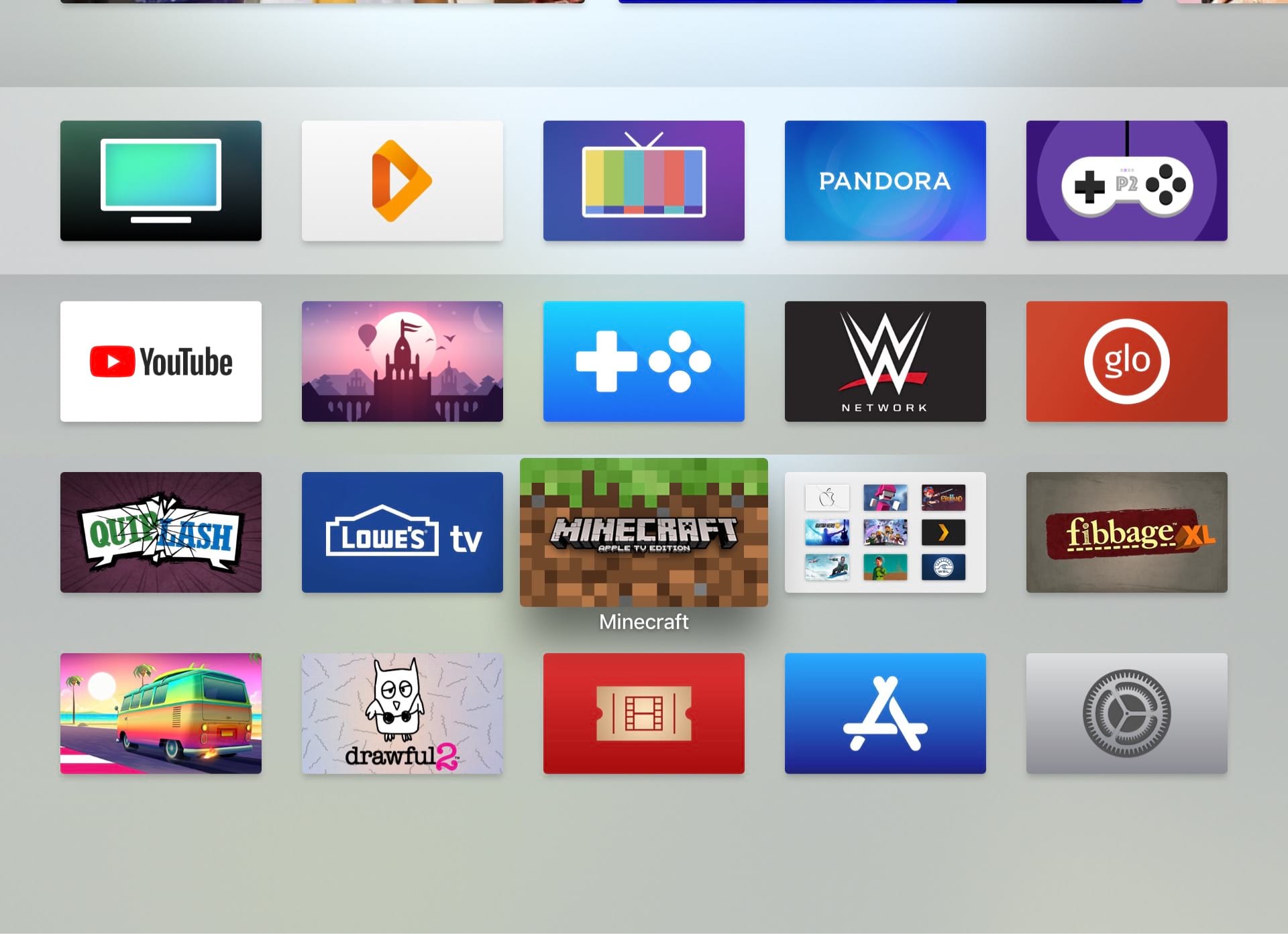 A new addition to my monthly home screens update — tvOS. I’ve considered it all month and came to the conclusion that I should have included the platform from the very beginning.

Almost no changes on the Apple Watch front. I’m still wearing it everyday, but the state of third-party apps and complications is pretty stagnant. The only change I’ve made since last month is changing the date complication on my utility face to the one that includes the day of the week.

Mike Rockwell Reply by Email, Mastodon  —  May 1, 2018
Follow for updates via RSS, Mastodon, or an alternative feed.