Keeping in mind that Arrington didn’t file for the CrunchPad trademark until November 17, 2009 (the same day he claims to have received the email from Fusion Garage CEO), on Monday Fusion Garage announced the JooJoo Tablet.

We’ve heard their side of the story and, the way they tell it, the device was already in the works when TechCrunch published their post about the idea. They also claim that Michael Arrington and his crew made zero contributions to the project.

The device boots straight into the browser (much like Google Chrome OS) weighs 2.4 pounds, has only one physical button, boots in 9 seconds, it has a 12.1-inch capacitive touchscreen, and 5 hours of battery life. Pre-orders of the device start on December 11 with a price tag of $499 (not exactly the $200-300 we were hoping for, but that price was truly unrealistic).

Engadget had some hands-on time with the device in which they revealed that it does have Bluetooth with support for external keyboards, mice, and headsets. In their hands-on video Rathakrishnan demoed playback of 1080p video from YouTube which Engadget’s Ross Miller described as “smooth.”

Update 12/12/09: TechCrunch has filed their lawsuit over the CrunchPad (now JooJoo) tablet. They’ve published the filing on the aforelinked piece along with some additional thoughts from Michael Arrington. I still haven’t decided who I believe in this whole situation, I can see both sides happening and honest, I don’t know who to believe.

If you’d like to hear some more about the JooJoo tablet and Fusion Garage’s side of the story, Engadget’s Joshua Topolsky had a discussion with Chandra Rathakrishnan, a video of which has been published on Engadget.

Update 12/12/09: Not only are pre-orders now available (due to litigation, pre-order at your own risk), but Fusion Garage has released more press shots of the device and announced the JooJoo Stand. 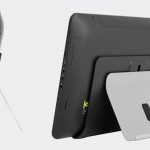 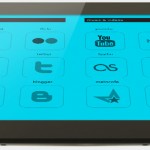 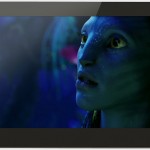 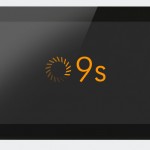 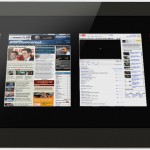 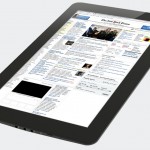 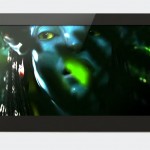 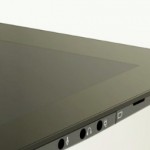 In another interesting turn of events, Fusion Garage is violating PayPal’s terms with their JooJoo tablet pre-orders. From PayPal’s terms: