Last night Birdfeed was released to the App Store. I had been following the client for a few months now through Twitter but until last night I really didn’t know anything about it other than that it was an upcoming Twitter client.

I downloaded the app immediately once I heard that it had been released and am glad I did. Although Birdfeed uses chat bubbles, which is one of my least favorite Twitter user interfaces, everything else about it more than makes up for it.

The new client has everything I need in a Twitter client. At first I was worried that it didn’t have trends built in, but I then found it in a slightly hidden yet very intuitive place, the saved searches section.

I haven’t found any bugs in the application, remember it is a 1.0 release. I suggest everyone at least check out the screen captures I’ve posted below, it is well worth a look.

Twitterrific stole my heart from Tweetie but I can definitively (at least for the next month or two) say that this has become my new Twitter client of choice. But, it does amaze me to see consistent improvement among all Twitter clients, it just proves that competition creates better products for the users. 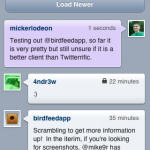 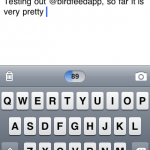 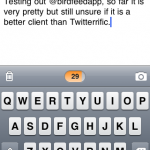 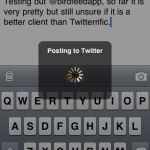 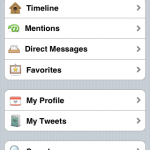 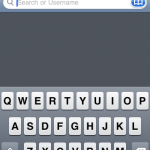 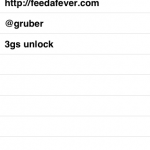 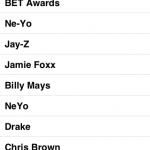 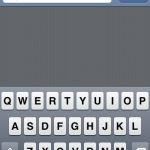 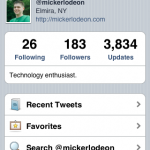 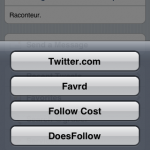 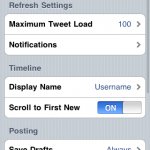 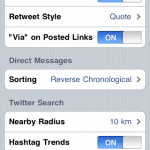 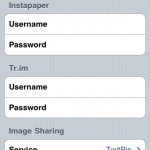 Update 6/30/09: I underestimated just how wonderful the local caching and infinate scrolling is. As soon as you reach the bottom of your list of tweets Birdfeed automatically starts loading more. This automatic loading is a beautiful thing but what is really amazing is that the local caching doesn’t just keep the most recently loaded tweets (options for 20, 50, or 100) it also keeps even older ones. I’m not sure how many Birdfeed is actually capable of caching (I’m sure there is a limit) but I was able to reload over 200 tweets while my device was in airplane mode (it cached user avatars too).